Can the Bioeconomy Transform Argentina into a Regional Superpower? | 7investing 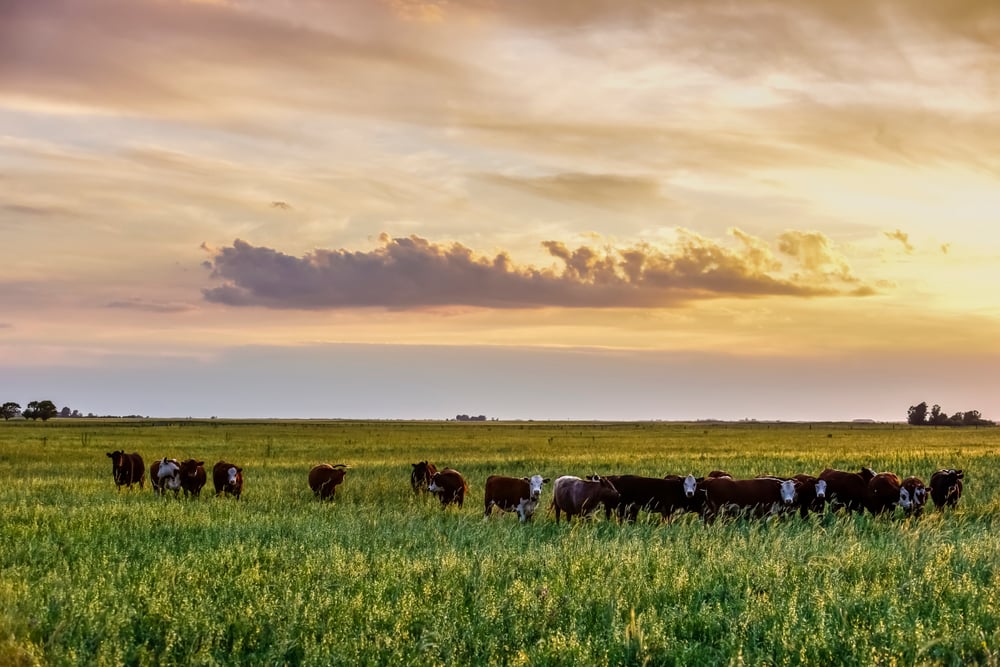 Can the Bioeconomy Transform Argentina into a Regional Superpower?

Few countries have been gifted such spectacular geopolitical and geographic strengths and done so little to exploit them as Argentina. The perpetually mismanaged country is heavily indebted to the international community (and defaulted nine times), experiences inflation rates above 40%, and boasts a nearly equivalent poverty rate. Whereas Americans are fleetingly worried about inflation on the horizon, Argentina has been mired in a near-constant state of stagflation — stagnant economic growth combined with high inflation — for decades.

The nation’s economic prospects appeared to be finally turning a corner, but the coronavirus pandemic flushed away foreign investment and stamped out rising hope among citizens. Whatever Americans think of their government, Argentines have a much longer list of grievances. Don’t cry for us, Argentina. We should be crying for you.

Despite the current state of affairs, there are reasons to believe the country can rapidly climb the international pecking order and emerge as a regional superpower in the coming decades. A combination of energy, minerals, and an agricultural economy sweetly positioned to dominate the bioeconomy makes it one of the countries investors should keep a close eye on in this decade.

Why should investors pay attention to Argentina?

Argentina wasn’t always the poster child of international underachievement. In the early 1900s, Argentina was the seventh-wealthiest nation in the world and consistently ranked in the top 10. That changed as the country failed to compete with America’s newly industrialized economy after the American Civil War, nearly crumbled under debt during the Great Depression, and was handicapped in the post-War era. Geopolitical strengths and weaknesses mean little when global trade and guaranteed security are part of the global order.

That handicap might soon be lifted. The United States is beginning to consciously rethink the global order. After all, the post-War order was designed to combat the rise of the Soviet Union — and that task was successfully completed 30 years ago. Change is long overdue.

It would behoove the United States to craft a second coming of the Monroe Doctrine to keep South America within its sphere of influence, especially considering China has begun encroaching on the continent. A little dollar diplomacy, the strength of the American dollar, and relatively easy access to American markets are all key selling points.

Argentina has a lot to offer in return.

Energy resources: Argentina is home to Vaca Muerta, the world’s largest shale oil formation outside of the United States, which is estimated to contain 16 billion barrels of recoverable crude oil and 300 trillion cubic feet of natural gas. The latter is equivalent to 10 years of American natural gas consumption. Say what you want about utilizing hydrocarbons, but that bountiful natural gas could power plenty of manufacturing assets.

Argentina is also home to world-class solar and onshore wind resources, which could power its own manufacturing ambitions and export power throughout the region. Santiago, the Chilean capital, is in close proximity to these resources.

Lithium: South America’s Lithium Triangle contains the overwhelming majority of the world’s lithium reserves. Although it primarily comprises brine deposits (lithium carbonate) and not the more valuable rock deposits (lithium hydroxide is better for batteries), processing facilities can convert lithium carbonate into lithium hydroxide. Together with Bolivia and Chile, Argentina is part of the Lithium Triangle’s ABCs and home to the third-largest lithium reserves globally. Foreign investment is expected to increase output by nearly 500% by 2022.

Livent (NYSE: LTHM), Rincon, Orocobre, Lithium Americas (NYSE: LAC), Ganfeng Lithium, and others are all eyeing Argentina as a prime region for lithium expansion. Although clean energy stocks are a bit elevated in the current market, Lithium Americas is one on my watchlist.

The company potentially boasts similar geopolitical advantages as rare-earth producer MP Materials (NYSE: MP). For example, the early-stage lithium miner is seeking to develop resources in Argentina and Nevada, which could become strategically important as the United States seeks to gain control of supply chains in critical industries. There’s a long way to go before Lithium Americas proves it belongs in your portfolio, but I’m generally encouraged by recent developments.

Pampas: What the Midwest is to the United States, the Pampas region is to South America. It represents the world’s fourth-largest contiguous area of temperate-zone agricultural land, can support a diverse array of crops, and experiences all four seasons. That last bit might not seem like an advantage, but annual deep freezes keep pests in check and tropical diseases at bay — something Brazil continuously struggles with.

World-class agricultural resources can be easily translated into a world-class bioeconomy. Just as technology has done for the American Midwest, agricultural biotech could compound the advantages of the Pampas region. It’s not much of a sell to attract international companies seeking low-cost renewable carbon sources to power industrial biotech facilities. Bioprocesses that use microbes to convert agricultural sugars into higher value chemicals can be used to manufacture cosmetics, food ingredients, plexiglass, building materials, and even radar-deflecting coatings for stealth fighter jets.

Investors might think “biotech” only means “biopharmaceuticals,” or that biopharmaceuticals are the largest part of the bioeconomy, but industrial biotech actually contributes more to American gross domestic product (GDP) each year than biopharmaceuticals. That balance would be even more heavily skewed in Argentina.

Ready for a resurgence

The combination of energy, agricultural, and mineral resources; some of the best demographics in the world; and an excellent coastline (great for large ports, unlike Brazil) suggest Argentina could become a top-10 global exporter in our lifetimes. That would help the United States diversify reliance on exports from China or Asia and simplify shipping routes to boot.

Of course, Argentina’s resurgence would require a significant amount of foreign investment and political and regulatory willpower. Vaca Muerta resources remain severely underutilized, the country’s lithium production easily lags behind Chile, and repositioning agricultural resources for the future bioeconomy will require significant effort. That said, investors shouldn’t sleep on the strategic importance of the country and how quickly the stagnating economy could enter a sustained boom.

Adding just a little bit more structure to the nation’s economy, strengthening regulatory frameworks, and securing foreign investment from the Americans — who are eager to keep China’s growing influence in check — could make Argentina one of the best economic growth stories of the coming decades.