Our 7investing investment advisors come from a variety of professional backgrounds and we see the market in different ways. Our diverse set of viewpoints helps us present members with a “buffet” of stock recommendations every month. We run the gamut across all industries and sectors ─ including artificial intelligence, cloud computing, healthcare, and financial technology.

A full list of the recommendations, commentary updates, articles, and video interviews from each of our advisors can be seen by clicking on their name below. But here’s a quick introduction to everyone on the 7investing team. 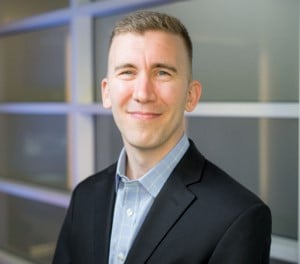 Simon Erickson is the founder and CEO of 7investing. He is one of the market’s most innovative investors, focused on identifying disruptive innovation and finding developing trends before others may even be aware of them.

He does this by traveling monthly to industry conferences and by speaking directly with business, scientific, and academic leaders ─ to learn firsthand about the cutting-edge technologies impacting the business world.

That included a conversation in 2014 with a Harvard postdoc about a new scientific breakthrough called “CRISPR”. And then a trip in 2015 to NVIDIA’s Silicon Valley headquarters to learn about a new field of “deep learning.”

But he also personally dives in to these developing trends. He’s been plugged-in to immersive virtual reality, rode in the beta-version of Waymo’s self-driving car, made 70 times his money buying and selling Bitcoin, and took a pharmacogenomic DNA test to explain how he’d react to prescription drugs.

Simon previously worked for seven years at The Motley Fool, where he most recently served as lead advisor of Motley Fool Explorer. In this role, Simon ran an investment newsletter that profiled innovative trends, personally directed more than $1 million of funds into a real-money investment account, and managed a team of 22 people. Explorer was recognized as one of TMF’s fastest-growing and highest customer retention newsletters.

Simon has also been active in the financial media, offering his opinion of Facebook’s 10-year plan to CNN, discussing Alphabet’s “other bets” to CNBC, and sharing his thoughts about innovation and investing to podcasts and newspapers across America. He has a BS in Chemical Engineering from the University of Texas at Austin and an MBA in Entrepreneurship from Rice University in Houston. In his spare time, he enjoys traveling, listening to music, and spending time with his wife and daughter. He has now watched Frozen approximately 43 million times.

Simon brings a passion of digging into developing trends to uncover opportunities for 7investing. He believes personalized medicine and machine learning inference are two fields that will be extremely profitable for investors. 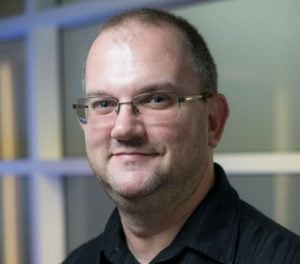 Matthew Cochrane is a lead advisor for 7investing. He grew up in Fort Lauderdale, Florida and, upon graduating high school, enlisted in the U.S. Navy, where he served for six years as an electronics technician. After re-entering civilian life, he married his high school sweetheart. Sixteen years later they are still together and raising their four kids in South Florida.

By day, Matthew is a detective with a local police department. By night, he writes for 7investing, looking for companies with wide economic moats that have a long runway of growth ahead. He also serves as a trustee on his police department’s pension board, a position he was elected to by his fellow officers.

After investing on his own for years, Matthew began writing articles for the Motley Fool in early 2017, where he made public stock recommendations that, collectively, easily beat the S&P 500 index. He spends most of his time today covering the fintech and payments sector, though he loves looking at interesting opportunities from every corner of the stock market. He has a BS in Interdisciplinary Studies from the University of Central Florida.

When he’s not working, writing, or shuttling kids to various practices and events … well, who are we kidding? When he’s not doing any of that, he’s probably sleeping.

Austin Lieberman is a lead advisor for 7investing. Austin has a unique background, which helps him bring an outsider’s perspective to investing. After more than eight years of experience leading teams distributed across multiple countries as an officer in the United State’s Air Force Special Warfare community, Austin has a great appreciation for the force-multiplying capabilities of software and technology. In 2018, he transitioned off of Active Duty and currently serves in the Air National Guard.

In the private sector, Austin put his passion for technology to work as a Consultant for the award-winning Business & Technology firm, Slalom. While at Slalom, Austin helped medium and large businesses deploy enterprise software at scale. With a look behind the curtains, Austin quickly realized the incredible innovation that cloud-based software unleashes in organizations when they transition to the cloud.

Austin’s unique background and tenacious curiosity have molded him into one of the best technology investors east of the Mississippi (he lives in Florida). Austin focuses on studying important, growing industries like Artificial Intelligence, Data Analytics, Cloud & Edge Computing, and Advertising Technology. Then he drills down to uncover the world’s most innovative technology companies with outstanding management (mostly founder-led) and industry-leading products.

This process has led to Austin beating the S&P500 by more than 180% since November 2014 in his personal portfolio. Austin is excited to have his investing chops scored and displayed publicly with 7investing. He truly believes investors can build life-changing wealth by investing in individual companies.

Austin loves spending time with his wife, daughter, and son. They’ve got a pretty slick home gym and love getting together to do family workouts or anything outdoors. Austin also easily has the best sense of humor (and jokes) of the 7investing team. 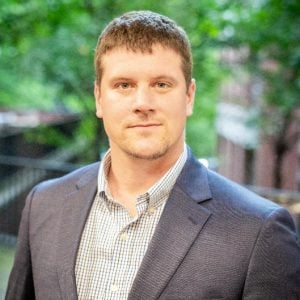 He lives with his wife and three children in Missoula, Montana, where he received a BS studying Computer Science and Mathematics at the University of Montana. Following college, he worked for seven years as a software developer and sales engineer for a machine-learning software company primarily serving military, local and federal government agencies, and defense and aerospace clients.

But he found his passion as an investor. Steve most recently worked for seven years at The Motley Fool, where he wrote nearly 8,000 articles on investing, stock picking, and personal finance topics. His work has been featured on USA Today, TIME, Fox Business, Yahoo! Finance, MSN, Newsweek, Forbes, Nasdaq, Business Insider, Money.com, and International Business Times. He also served as lead analyst for The Fool’s Artificial Intelligence portfolio, helped pick real-money investments for five years as part of its Explorer subscription services, and worked in a five-person team to build and manage what’s now a $1.5 million real-money portfolio — after more than doubling in value with an annualized return of 15.5%, beating the S&P 500 by nearly 40 percentage points — under the Supernova Phoenix 2 service.

Steve believes it’s not just possible, but probable that individual investors can consistently beat the market and generate life-changing returns in the process. 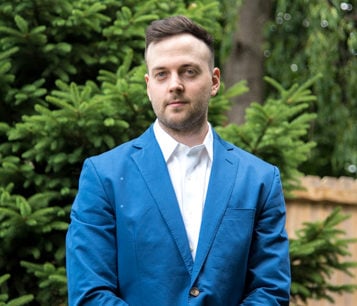 Maxx Chatsko is a lead advisor for 7investing. Although his parents couldn’t spell (among other things), he managed to overcome that burden and develop a well-honed framework for analyzing companies, products, and services in living technologies. His work focuses on opportunities in biotechnology and renewable energy.

He brings a unique technical skill set to the 7investing team. Maxx earned a BS in Bioprocess Engineering from SUNY-ESF and an MS in Materials Science & Engineering from Carnegie Mellon University. He’s worked as an application scientist for a hyperspectral imaging company, where he demonstrated the proof of concept of and earned a foundational patent for conformal filter technology. He’s also published thousands of articles and reports as an editor-in-chief of a synthetic biology publication and writer for The Motley Fool.

Those reps have been put to good use. Since beginning investing in 2009, Maxx’s stock picks and recommendations have easily outperformed the S&P 500.

Maxx sees a noisy internet as one of your biggest advantages as an individual investor. To maximize success, investors should understand how information distribution works (the incentives of most digital publications are not aligned with your best interests), do the work to understand fundamental technical concepts (example: how is a genetic medicine delivered into a cell?), and adopt a long-term mindset.

Speaking of long-term thinking, Maxx and Simon have a bet about the future of DNA sequencing. Maxx isn’t sure what he’ll be doing on June 8th, 2028, but he’s confident Simon will be handing over some cash. 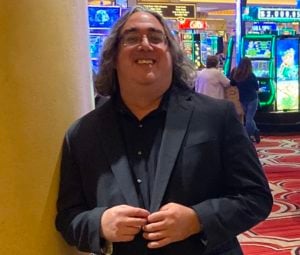 Daniel B. Kline has spent the past six years as a leading voice on retail, consumer goods, technology, entertainment, mobile, and more for various platforms at The Motley Fool. He hosted multiple live digital shows for members while he was also a regular guest on the company’s top podcasts.

Prior to that Kline led the business desk at The Boston Globe’s Boston.com while also regularly writing for the paper. Kline served as the launch editor for what is now known as the MSN Money App for Microsoft and he has appeared on a variety of cable, radio, and internet shows.

He lives in West Palm Beach, FL but can regularly be found at industry events in Las Vegas or working from a cruise ship (when such things were possible).