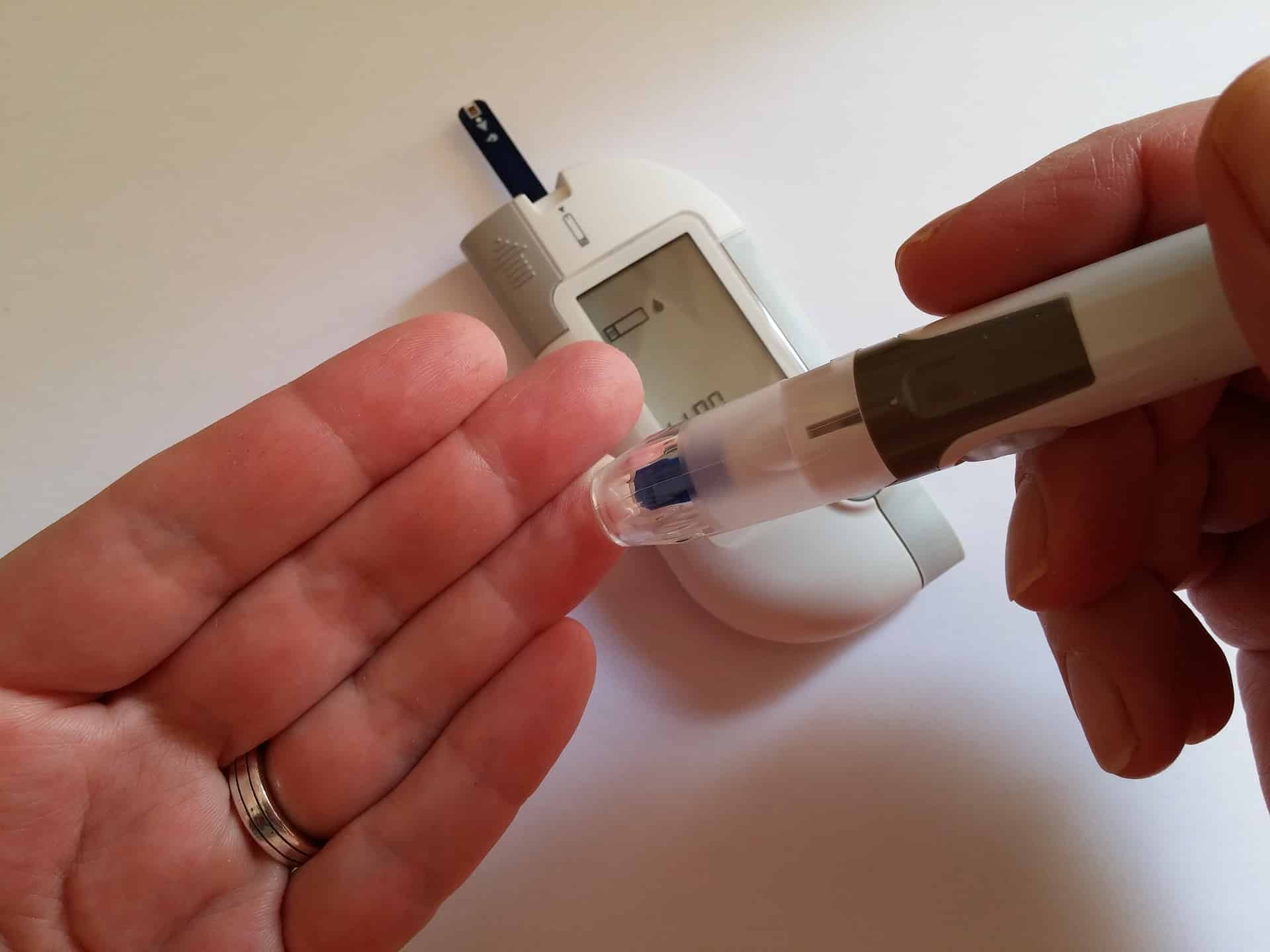 Can Walmart Disrupt the Drug Business?

Walmart (NYSE: WMT) has decided to sell insulin at a price that’s well below the current rate. That could be a game-changing step in a business that has never been customer-friendly. It may, however, also be a somewhat unique situation that can’t be duplicated with non-generic drugs.

The move will benefit roughly 11% of Americans who are diabetic and could have ripple effects that impact the prices of other drugs. It’s not a sure thing but this could be the start of a major change to the pharmaceutical industry (or it could be an outlier). Maxx Chatsko and Dana Abramovitz joined a recent edition of 7investing Now to break down the news.

Dan Kline: Our top story today is Walmart had a bit of a shocker yesterday, they said they’re going to come out with low priced insulin. This is the same insulin, it’s not being produced by Walmart. It’s being produced by a credible third party and Maxx, why don’t you give some of the details on just how incredible this pricing is?

Yeah, so finally some good news around drug pricing coming out. So Walmart came out yesterday and they actually already offer certain insulin products, but they’re going to offer an insulin analogs. So that’s really like the standard of care right now, if you have type one diabetes or type two diabetes. So Walmart came out and said they’re going to offer their own version of insulin as part of the ReliOn brand. It’s going to cost about $73 per vial. So diabetes patients typically require about two or three vials per month. So this works out to a cost of about let’s see, I did the math earlier $1,750 to about $2600 per year per patient. So this is significantly cheaper – about half the cost, with some other companies like Novo Nordisk (NYSE:NVO), or Eli Lilly(NYSE:LLY) charge for their insulin analogs.

So this is actually a really big deal and especially because Walmart’s such an important part and a lot of parts of the country at large, a lot of the American population goes to Walmart, it’s a very big part of a lot of rural and suburban location. So this could help out a lot of people and save them a lot of money. Assuming insurance companies cover it right? Just because it’s a lower cost doesn’t necessarily mean the out of pocket costs will be lower. I suspect that will be the case, I think will be a lot of eagerness to cover a lower price product, they’ll save the healthcare system money, Medicare money, and so on. So this is actually really encouraging sign, it’s going to keep a lot of drug developers honest on their own drug pricing.

And Dana, we’re gonna get into the nitty gritty on this a little bit, but I just wanted to get your 10,000 foot view of this, I’m gonna guess, well, this isn’t all the way there, this is still pretty good news.

Yeah, no, it’s it’s – drug pricing is just too much. I get that you’re making a drug is risky. And you have to put a lot, you know, pharmaceutical companies put a lot of money into it’s a big investments. But, insulin is something that we’ve been making for decades, like human insulin we’ve been making forever, and people are so dependent on it, just raising prices, just because, it just doesn’t – to me, it’s just a little bit greedy.

It’s a lot bit greedy and drug companies, it is one thing, you know, in the early years of a drug to recoup your costs, it is another thing entirely, I read this, I’m not a scientist by any means. But it is not difficult to make insulin. So it is one of those things in other areas of society, competition tends to bring prices down. That hasn’t happened with drug prices. Dana, if you want to mute while you’re not on, I’m gonna throw to Maxx in a second here. So I want to know Maxx here. Walmart is within I think it’s a five mile drive of something like 95% of the country. Obviously, they can also mail you this, I don’t think insulin needs any special temperature control. But I might be wrong on that. Feel free to jump in if I’m wrong. Is this the start of Walmart, disrupting drug companies and forcing them into lowering prices? Because why wouldn’t you buy insulin from Walmart if you needed it?

For insulin this is a huge deal. Especially I mean, this has gotten a lot of like, you know, political pushback as well. It’s like in the media, right? It’s all over social media. Why do they pay so much for insulin? Especially if you’ve type one diabetes, that’s a genetic condition, you didn’t choose to have that. So if you have to pay 1000s of dollars out of pocket just to stay alive. That’s not really fair, right? And especially because this is insulin, this is like a pretty low complexity product. So this is very important that Walmart can do this in terms of other generic drugs. I mean, we already see this with pharmacies, right?

Like, for example, you can go to CVS (NYSE:CVS) or Walgreens (NASDAQ:WBA) or wherever, and buy Claritin, that is the brand name generic medicine. Or you can buy the CVS or Walgreens version of it, which is exactly the same product, because it’s a generic medicine, these are regulated by the FDA. And it’s like, you know, half the cost or a third of the cost. So we really do have this for generic medicines. I’m sure a lot of other things can come down in cost and drug pricing. It seems like everything’s kind of elevated ,medical devices as well. So I don’t know what Walmart’s total ambitions would be here, but definitely huge for insulin.

My guess is Walmart is going to go after drugs taken by a high volume of people that it can find partners to work with. So about 11% of Americans have type one or type two diabetes, about 14% of Walmart customers have one of those those two diseases. I took those numbers from CNBC so credit to them. This is one of those things where I don’t think they’re going to get into the nitty gritty of you know, very specific drugs, but where they can make a big impact I think they’re going to and this is all part of, and Walmart has said this, this is part of their low price strategy. And I likened it on our Slack to sort of T-Mobile being the white knight and coming in and saying, hey, we’re not charging for overages anymore. And even people who really liked Verizon went like Well, you’re still charging me overages. So if you don’t get rid of that, I guess I have to go to T-Mobile. But Dana, let me throw to you here. Why is insulin so expensive? When it’s not difficult to make? Like, is it just truly we have a monopoly and you need it?

Well, I think that the market has gotten bigger. And it’s easy for companies to raise the prices to take advantage of that, you know, they are trying to, Maxx mentioned to an analog, right, so we know, with insulin, they first used to get it from animals, and then they have the recombinant technology to make human insulin. So Eli Lilly was the first to do that. And then now they’re trying to make analogs, so that you can kind of prolong it, and it works better. And so they’re constantly evolving it. So they have a new patents and they’ll have that protection and again, it’s Yes, it’s helpful, but to the point, it’s just prolonging their, their monopoly of the market, which is unfortunate for, you know, people who need it, especially with Type One Diabetes. You know, I know Maxx’s mentioned to him several times, you know, people with type 2 diabetes. And that’s a lot of lifestyle changes, so you can reverse it, but if you have type 1 diabetes, and my boyfriend does, it’s devastating, right, just that dependency on insulin?

Yeah, that’s, I’ll give you the last word here, because you’re going to be hopping off the program momentarily. Do you think we could see a sort of, you know, revolution in drug prices? Again, if it’s a drug that 100,000 people take, that’s not going to be true? And I’ll give an example. I take prednisone for acid reflux, you mentioned the generic Claritin, the actual name brand prednisone, basically cost not that much more. It’s like pretty close to the generic or else why would anyone ever not buy the generic now if they’re really close? I still kind of feel like I’ll buy the brand name. Could this happen across at least these really common drugs? I’m guessing an awful lot of people take prednisone or omeprazole or something like that.

Yeah, I mean, a lot of generics are price, you know, affordably, I would say insulin analogs and insulin are not. So I think this is gonna be really disruptive for Novo Nordisk, it has a challenging portfolio right now, right. It’s gotten a lot of scrutiny from Wall Street investors. It’s very dependent on its cardiometabolic. I mean, that’s what it specialize in. Right. So it’s very, very dependent on its insulin analogs for revenue. And that’s part of the reason why we pay so much in America. So, some of this is like, we need to negotiate better prices as a country, or maybe even put caps on it. And even for some of these specialty drugs, or like, gene therapies and things when they charge millions of dollars. And they argue that well, you know, compared to getting crazy care that you need, and nurses all the time for the rest of your life, you know, $3 million isn’t so bad.

Well, the problem is like the rest of healthcare, like nurses and all that other care that you need to get is also at a crazy elevated cost for no real reason. So it’s a kind of a dumb benchmark to like pin your drug prices on. So I think we do need some pretty, you know, we need to, we need to regulate this a little bit better, we do need price caps, or, you know, you can’t just keep jacking up the price every year, because you’re the only one that makes it. It is kind of silly how we do that. And specifically for insulin, this might not be the last word, there’s actually a group of bio hackers Dan, they’re working on something called the open insulin project. Might be a little ambitious, but they’re working on making insulin open source.

So anyone could actually make it and they want to charge 98% less for their insulin, just that cost, basically. So I’m sure regulators would have something to say about that. But, you know, as we have like distributed biology and synthetic biology takes off, we might be able to make some of these generic medicines at home one day in the future. So that’s kind of interesting levels. Or maybe Walmart could make its own, you know, open insulin.