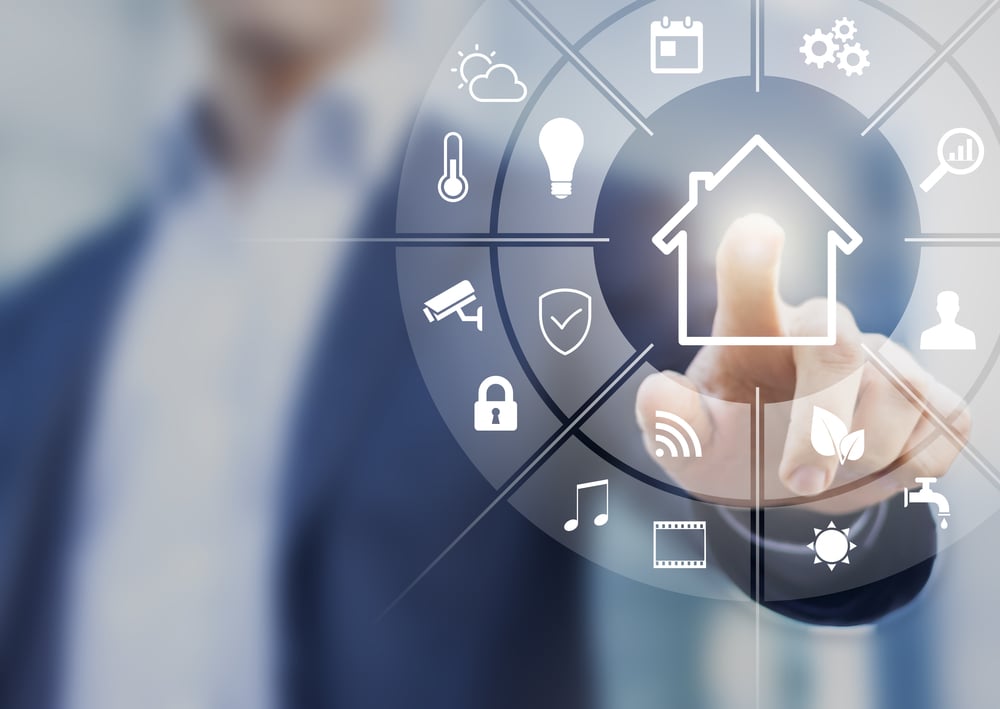 You’ve probably read a lot about investing opportunities tied to the “Internet of Things” – that is, the trend for adding internet connectivity, sensors, and software to increasing numbers of everyday things to improve our lives. And of course, there are hundreds of possible stocks to capitalize on this trend, from wireless chip manufacturers to companies that specialize in analyzing the hoards of data created by these tens of billions of new connected devices, to the makers of the “things” themselves (think products like smart speakers, connected TVs, wearable technology, retail inventory trackers and even kitchen appliances).

But there’s one trend within the Internet of Things that I think is widely underappreciated: The rise of smart homes.

According to a recent report by Verified Market Research, the size of the global Smart Home market is expected to more than double over the next six years to $208 billion. That growth will be enabled by the Internet of Things and largely spurred by increasing adoption of technologies like video doorbells, voice-assisted technology, and home surveillance systems.

All of these things undoubtedly help make our homes “smarter.” But all too often these various smart-home products come from different manufacturers with disparate visions for how they think a true “smart home” should operate.

On that note, one company I think could benefit more than most as “smart homes” become ubiquitous is iRobot (NASDAQ: IRBT). More specifically, I believe iRobot is poised to play a key role enabling that ubiquity.

Best known for its Roomba robotic vacuums, iRobot recently launched its new Genius Home Intelligence platform in an effort to give users more control of where, when, and how its robots clean. But more than that, iRobot is using Genius as a way to position its robots (which also include its Braava floor-mopping bot and, soon enough, its Terra robotic mower) as central pieces of unifying technology to insert spatial intelligence into smart homes.

When I interviewed iRobot co-founder and CEO Colin Angle in November, he noted the company was dedicating “a substantial percentage of [its] R&D budget” toward continuous updates for Genius.

One of the challenges of making a smart home actually “smart” is the complexities of programming. Right now, you can get a smart light bulb or a smart thermostat. Having the devices sort of work as precisely intended to…you know, a thermostat to change the heat. That’s pretty straightforward. But when you think about how can these different smart devices work together to make an environment that is responsive to you, the occupant of the house — well, that’s really hard and beyond the reach of most consumers. With Genius, we’re starting to do some really interesting things. … [W]e’ve been developing technology to say, “Well, what else is going on in the home that we could learn about or keep track of with the permission of the user to find better times to clean?” And so if your home has thermostats, which actually have room occupancy sensors, or if you have a connected alarm system, or a garage door opener, Roomba can actually find these things and and recognize that there might be an opportunity to do something better.

To be clear, these are the very earliest stages of the smart home opportunity for investors. But if iRobot can make its products even more indispensable to consumers by unifying smart-home technology, I think both the company and its shareholders can look forward to a much brighter future.