Is Alteryx Likely To Be Gobbled Up By Big Tech? | 7investing 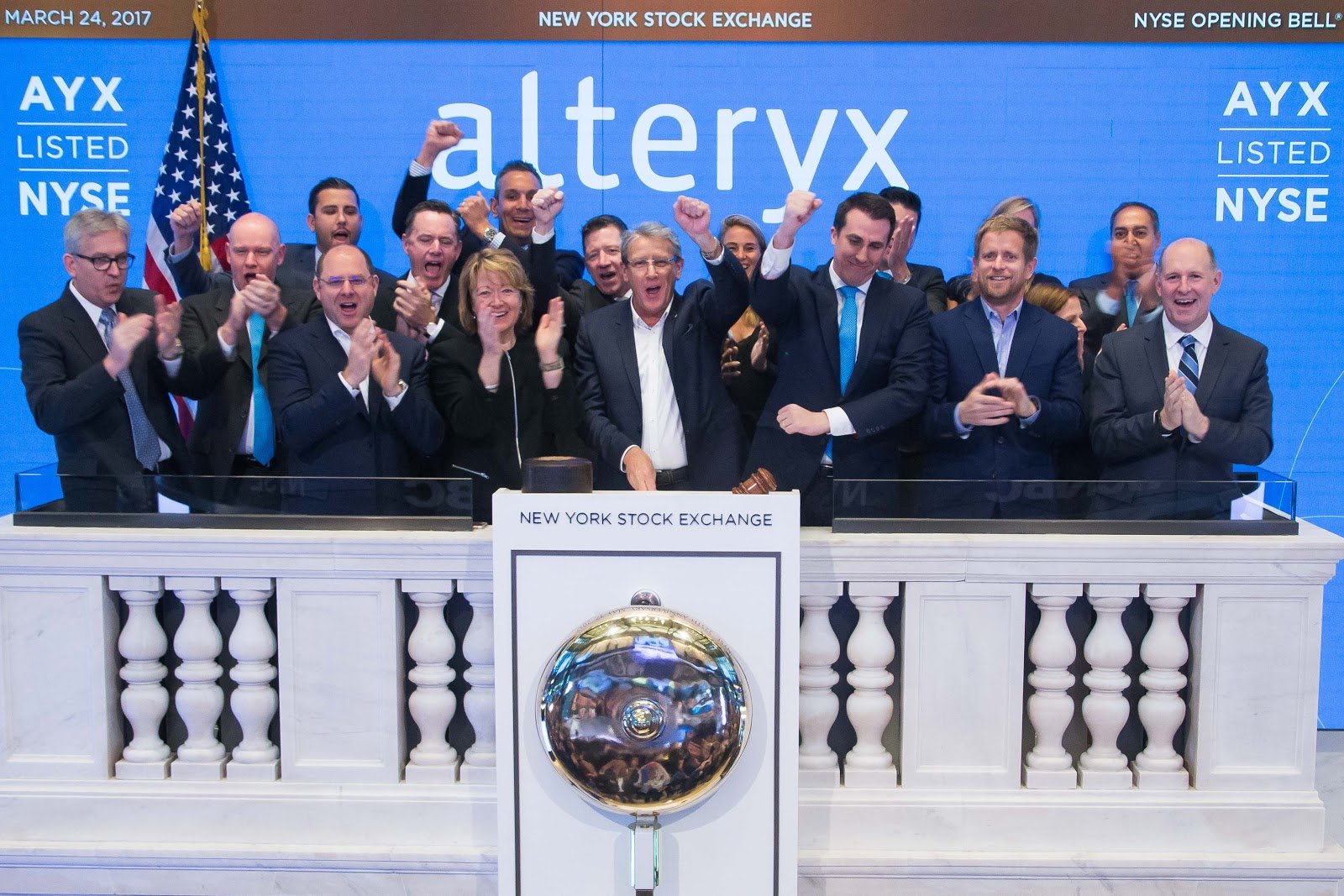 Is Alteryx Likely To Be Gobbled Up By Big Tech?

Data is the new oil.

And yet data analytics company Alteryx (NYSE: AYX) has been hit hard, with its shares down about 56% over the past year due to revenue growth coming to a grinding halt.

Alteryx describes itself as the platform for the citizen data scientist that allows the non-specialists to analyze data; its platform enables data extraction from multiple sources, blending and cleaning these data sets, and easy to deploy drag-and-drop data analysis workflows.

As of this writing Alteryx had over 7,200 customers, including 39% of the Global 2000, with annual recurring revenue (ARR) of $513 million, and ARR growing around 27%. The company boasts high gross margins (in the 90%’s), is profitable on an operating basis, free cash flow positive, and has an estimated addressable market of $49 billion.

And yet, Mr. Market is assigning it only a 10x ARR valuation given its market capitalization is around $5 billion.

So what’s going on?

Broadly, in my opinion, there are some intertwined issues.

As noted above, Alteryx’s revenue growth has stalled off late. That’s partly due to a slowdown in the new logo wins and a drop in upsells. Some of that is pandemic related where businesses put the brakes on many big-ticket purchases.

However, there’s also quirky accounting that’s muddying the waters, specifically the new ASC 606 accounting standards. Under this standard, Alteryx recognizes 40% of its total contract value upfront, with the remainder recognized ratably over the duration of the contract. So, if Alteryx wins several million-dollar longer-term deals in a quarter, it is easy to see how the 40% upfront recognition will bump up revenue growth. Conversely, suppose businesses are reluctant to make those significant commitments upfront, and instead take a slow and steady approach. In that case, the new business wins might initially be lower value deals, typically of shorter durations, which would impact revenue growth.

Of course, there are some other considerations. Many enterprise software companies experienced a step-up in growth rates through the pandemic. That highlights the must-have nature of those product offerings.

Does Alteryx’s slowdown suggest it doesn’t tick that must-have box?

The other issue pertains to the lack of a native cloud-based offering. Alteryx is primarily an on-premise product, and it has only recently begun its cloud transition journey.

All the issues aside, I believe there’s tremendous value in Alteryx’s citizen data scientist approach to analytics. Data analytics is only going to become more significant over time. And Alteryx’s blue-chip customer base suggests that this is a solution that works well for thousands of customers.

Given that co-founder Dean Stoecker is Executive Chairman of the board, I believe an acquisition would need to be at a substantial premium to the current market value. So, for instance, a 40% premium on today’s market value would put an offer at near about $7 billion. That deal size implies a suitor would have to be one of the large-cap technology companies.

In my opinion, Salesforce.com (NYSE: CRM) is one likely acquirer. Marc Benioff of Salesforce has shown a penchant for large strategic deals. In 2019 Salesforce acquired data visualization and analytics company Tableau for $15.9 billion. Adding Alteryx to the stable will further strengthen Salesforce’s analytics chops, adding on complementary capabilities.

Other potential acquirers include Adobe (NASDAQ: ADBE), Microsoft (NASDAQ: MSFT), IBM (NYSE: IBM), and Oracle (NYSE: ORCL). These larger-sized enterprise software businesses will be able not just to leverage their sales and marketing capabilities; they will also be able to accelerate Alteryx’s cloud transition.

Interested in learning more? Click here to see which stocks on the 7investing scorecard would be most affected by an acquisition of Alteryx.