Is At-Home Testing the Next Step in Telemedicine? | 7investing 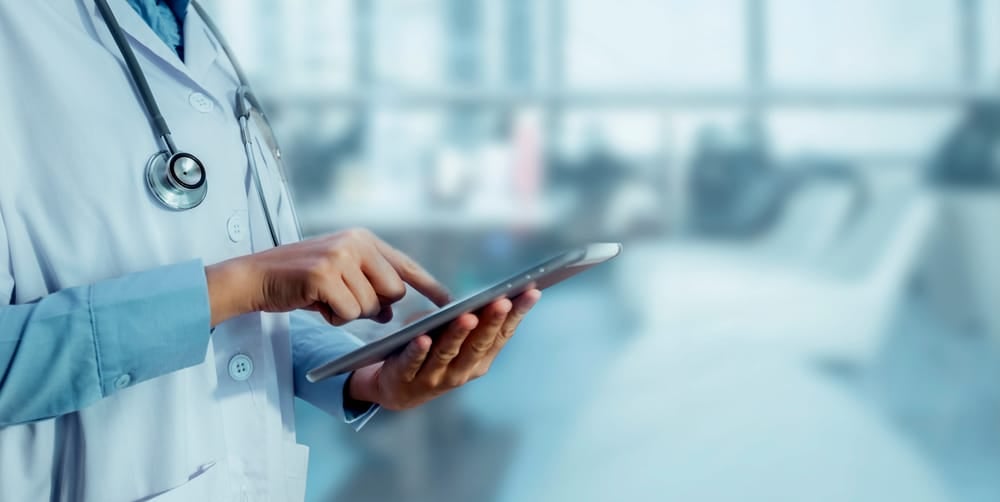 Is At-Home Testing the Next Step in Telemedicine?

The pandemic supercharged the telemedicine trends. This was an already-growing area that became even bigger, even faster because the idea of going to the doctor during a pandemic if you did not absolutely have to became somewhat distasteful. Once you do an online doctor’s appoitment, many people then decide that telemedicine has huge advantages over the traditional model.

There are, of course, limits. A doctor can only diagnose so many things over a video call and doing basic things like taking blood pressure readings, administering tests, and collecting samples has remained impossible during a telemedicine appointment.

That, however, has been changing as certain tests — including COVID-19 tests — have been made available to take at home, sometimes on your own and sometimes (usually for travel or the need for a documented negative test) with someone proctoring the test via a video conference. In addition, some companies including Amazon (NASDSAQ: AMZN) have been testing hybrid models where a patient has a telemedicine appointment with a doctor and a nurse then gets dispatched to take samples, measure vitals, and provide other in-person services as needed.

This emerging variant of telemedicine has a name, “distributable diagnostics,” according to Maxx Chatsko who joined Dan Kline for the Sept. 13 edition of 7investing Now. He also pointed out there’s always a tradeoff between convenience and reliability noting that it’s similar to the tech tradeoff of convenience and security. He also discussed the challenges of making at-home testing easy enough for the masses without compromising quality too much.

So Maxx, let’s talk a little bit about at-home testing because I had my first experience with it. And here’s how I see it, it’s have three different ways one, you get a kit and you log in. Someone had to proctor someone had to see me stick the thing in my nose and get a negative COVID test. So that’s number one. Two is where you either self-administer or mail away for results, or three, where a nurse comes to your house as part of a telemedicine appointment. Maxx, my test was easy took about 20 minutes, it was a little nerve-wracking, but I of course, got a negative result. But um, is this the next step and telemedicine and making healthcare more convenient?

So this is called distributed diagnostics. And it’s kind of an upcoming field, it’s only really made possible now we’ve had some, you know, advances in chemistry, so we can have different things power those kits and those tests, we can actually ship them to you at your home and you can get somewhat reliable results. However, there is always that tradeoff between convenience and reliability, especially here for diagnostics. It’s kind of similar to like in tech, right? There’s a trade-off between convenience and security.

Maxx Chatsko  2:26 Ideally everybody would be using like two-factor authentication and logging out of their bank account, or whatever it is, every time they weren’t on that web page. In practice, they don’t do that, because it’s not as convenient to type in your password every couple hours or whatever it might be. Same thing here, there’s always that trade-off. So for things like you know, a COVID test, that’s a pretty simple detection. So that makes sense. Obviously, we have things like pregnancy tests are pretty widespread, right?

But yeah, there’s there’s always going to be that limitation of how reliable, how accurate can it be, there’s always some amount of error. And of course, you know, as in the last few years, we’ve learned how many dumb people in there are in the United States. So you have to make your tests work for millions and millions of mouth-breathing morons out there, and you have to kind of simplify and dumb it down for them.

Dan Kline  3:09 None of you of course qualify as that because you’re here watching us on 7Investing Now. Yeah, it felt a bit like a pregnancy test. Albeit I’ve never taken a pregnancy test, you put a little solution in, you swab your nose, you sit for 15 minutes, there’s a control line looks like a minus. And then if another line comes up, you have it. If it’s faint, you have to go get another test. If it’s strong, your your positive mind didn’t come up at all.

Dan Kline  3:32  But I took my test on Saturday, because if there was a positive, I would have had the option of going the next day or that afternoon of taking the more invasive test, which would tell if it was a false positive. But Maxx, is this something that pharmacy chains like CVS might move even further into? And what would that look like? Because obviously they have a big physical footprint?

Yeah, 100%. I think that’s really the next step in distributed diagnostics. Maybe it’s not so much at home as much but more in community settings, right. Rather than you go into the hospital or maybe some specialty care center. Maybe you could do this at a pharmacy or your PCP office, right, your doctor’s office. And that’s really, again, it’s something that’s made possible through advances in chemistry advances in diagnostic kits, maybe even some hardware that might be coming. Your local doctor’s office might eventually get a sequencing machine or something like that, right. So then we can run even more advanced diagnostics that can be possible at Walmart or CVS.

Dan Kline  4:35 Yeah, I could see a lot of ways for people to screw up the proctored part of this. Like I have a webcam or I have a I did it from my studio where we tape 7Investing Now. The average person trying to do this on an iPhone, you have to make sure you keep the thing in sight, because it invalidates the test if they think you’re sticking the nasal swab and someone else’s nose and we’ve obviously seen with COVID that that there’s people you know who might try to do that. So there are some potential holes in this.

Dan Kline  4:59  Maxx I know you’re not familiar with the Amazon program, but what Amazon is doing and they’ve extended this to some other companies is they have telemedicine and if the doctor decides, hey, we need to take your blood pressure, we need a blood sample, or we need to hear whatever sample it might be, there are all sorts of horrifying samples you can be asked as to give, they will dispatch a nurse, do you think that’s something we’re gonna see this more hybrid model become more common?

Yeah, I know, that kind of also is taking off a little bit in the pandemic, right? There’s certain areas of medicine like rare diseases, for example, you do need to get drugs, it doesn’t matter, there’s a pandemic, or zombies are attacking or whatever. So if you can’t make it to your doctor’s office, and in normal time, some people just can’t do that. So we have seen models like where nurses come to you, and that has, that’s more of a niche, I think, in healthcare. I’m not sure how widespread that can really be. Because there’s some practicality issues with the availability of nurses and going into people’s homes if that’s safe or not. And all those weird, wonky things you have to consider. But yeah, I mean, it could be more common going forward.

Dan Kline  5:58 Yeah, I will point out that the person who proctored my test was likely not a nurse, they were likely just a person who was trained to make sure I stuck the swab in my nose and threaded it through correctly on the test. Maxx, can this go too far? I talked a little bit about I had a minor let’s call it allergy that I thought I might need some medicine for and I went to a telemedicine thing. And it gave me a list of medicines that I could pick from. And in theory, a doctor looked at it, but to me that felt like a little wrong, like, you know, and my symptoms got better. It wasn’t a big deal. So I ended up not doing it. But that seemed to me like maybe as a patient, I shouldn’t get to pick which medicine I want.

Maxx Chatsko  6:36  Yeah, I mean, there’s always gaps in these processes, right? And how he’s working. That’s, again, one of the limitations of distributed diagnostics, and how is this going to work exactly like with going into your home, it’s probably going to be in some type of controlled setting somewhere, we can still take away some of the friction and pain points there. But you know, again, making it at a pharmacy or a Walmart or something like that.

But there’s this emerging field called biosimulation. And there’s a new tool within that called Virtual twin. There’s a couple different companies that are trying it, it’s already actually used in certain drug developer, or certain drug developers are using this to kind of optimize the design of certain clinical trials. So virtual twin makes a copy of you, Dan, on the computer-simulated virtual version of you.

Maxx Chatsko  7:25  No, no, that’s why we keep it on the computer. So we, we throw everything at it, we can say what happens to Dan, if we give him this dose of drug or that dose of drug? Or does he have any interaction to drug interactions are called with other medications he’s taking, that maybe we don’t, we don’t want to trip that up, right? So we can kind of predict these things ahead of time.

So that sounds reasonable to me that that can roll out to, again, your doctor’s office later this decade, and it’s just gonna optimize like, because right now, it’s kind of a one size fits all approach, you know, there’s some amount of drug that we give you at this frequency this often. But as you take it, that drug, you know, eventually your doctor might tune it to you a little bit so we could do that ahead of time. It could be safer, we could have better outcomes, maybe it could roll out again, this would be a perfect match for distributed diagnostics, as well.

Dan Kline  8:17  It also seems like an excellent video game we could play with like celebrities that maybe we don’t like. See what you can do to the situation by throwing different drugs at him like okay, that is a little bit silly. Feel free to get your questions and comments and I don’t know that we’re going to get to a ton of them because as I mentioned, we have a bit of a shorter window today.