Is It Time to Regulate the Use of Facial Recognition AI? | 7investing 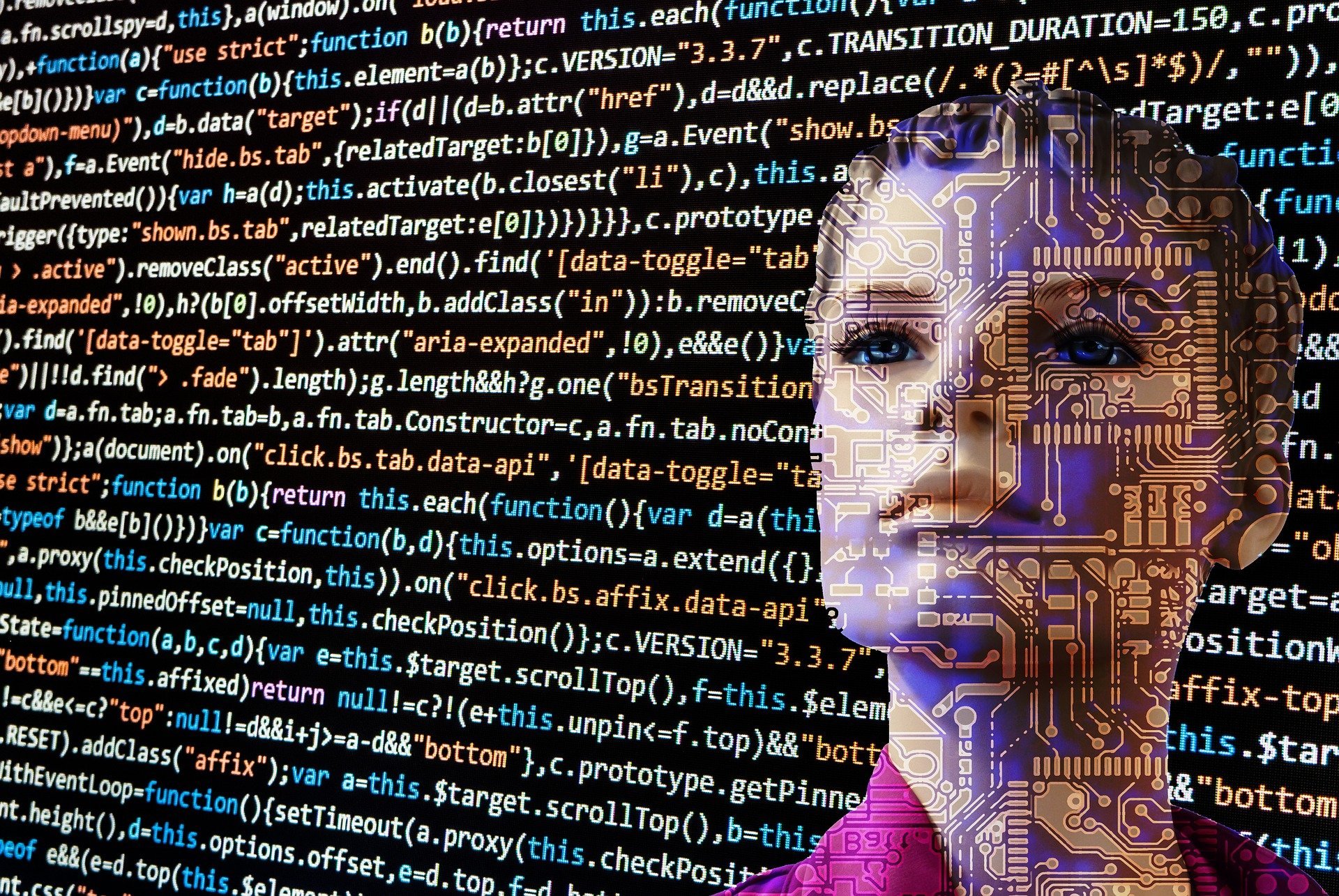 Is It Time to Regulate the Use of Facial Recognition AI?

Artificial intelligence (AI) has gotten very good at facial recognition. That gives law enforcement some very powerful tools but it also raises major privacy concerns. Most people are okay, for example, with the police using facial to catch a murderer or track down a kidnapper, but there’s a lot of grey area when it comes to the many potential uses.

Simon Erickson and Matt Cochrane joined Dan Kline on the April 23 edition of “7investing Now” to discuss AI and the potential for regulation.

Dan Kline: But we’re running out of time. So I want to pivot here, Simon, we’re getting into the future. We’re not quite in that Tom Cruise movie where magic people can tell us when there’s going to be a murder by facial recognition,

Dan Kline: Yes, “Minority Report,” we are getting into a time where AI and facial recognition are getting a little bit scary. Why don’t you comment there?

Simon Erickson: Yeah, this is great. So we just saw the EU kind of propose a bill that would start being a broader definition of how AI, which is artificial intelligence, should be regulated. And this is a really, really long Bill. But one of them that stands out as kind of the bedrocks of it is facial recognition. How could and how should facial recognition be regulated?

And so we’ve started to get in the era now a Facebook can recognize that I’ve got a picture of you, Dan, and Matt, with me. And then it automatically says, oh, there’s Dan. And there’s Matt in the background, and it automatically wants to tag you. And we think this is kind of fun. I’m friends with these people on Facebook.

But then what if we have cameras set up around cities? That is also recognizing me, Dan and Matt in a certain area? If we’re all sitting at a Starbucks, is it okay for Starbucks to have that data without our consent of it, recognizing our pictures and saying, hey, I want to give you coupons because we saw you were at Starbucks, picked up from a camera like this, or even a step further say that there was a riot going on in that block where the Starbucks we were.

And now all of a sudden those cameras saw that you me and Matt were all in the middle of that Riot. And it puts it on a list of a watchlist because these people were in the place of the riot, I mean, things like this, there’s not a whole lot of definition about how that data, first of all can be shared and used, And then secondly, how AI and machine learning can be manipulating that. This is very, very, very, very important. Dan, it’s interesting to see the EU starting to take the first steps on this.

Dan Kline: This is a real slippery slope because I would argue Simon that an opt in basis, that Starbucks example is awesome. So if I walk into the mall, and while I’m in the mall, I turn on “Send me mall offers” as I walk by stores or incentivize me, you know, so maybe the movie theater could go wow, the one o’clock showing we’ve sold no tickets, I’m going to lower the price compared to the five o’clock showing. Or a restaurant could say hey, if you get here by 5:15pm, and it’s Florida, so 5:15pm is actually late for dinner for many people. But if you get here by 4:30pm, we will give you a free appetizer.

I think there’s some great marketing on an opt-in basis.  From a criminal basis. And Matt, if you want to weigh in on this, I think it’s awesome when you’re watching law and order and they use like a you know, a neighborhood camera as a street cam, you know, to identify where the murderer was or where the rapist was. I’m not so sure. I want them to identify If I were the guy who didn’t pay his parking ticket is I think there is a, a line. And Simon, how do we decide what that line is? Is it capital crimes? Is it you know, crimes you could go to jail for more than X amount of years? Is it violent crimes? It’s a really tricky decision. Right?

Simon Erickson: Yeah, it sure is. Go ahead, Matt, if you want to chime in for the law enforcement question,

Matt Cochrane:  Ah, well, no, I mean, it’s a it’s a weighty question, right. I mean, on one hand, you want to put criminals away. On the on the other hand, like that’s the same, you know, even even worse than parking tickets, how about you’re just had a peaceful protest. But you know, you’re identified being in that crowd, and you’re punished by your employer, or, you know, there’s a public backlash, and people start tagging you on social media and you know, cancel culture, you know, and cancel you on social media or whatever? It’s a very tricky question. I don’t have I don’t I don’t know if I have the answers. But there’s, there’s a lot of thought that needs to be put into it, for sure.

Dan Kline:  Yeah. And there’s also like, some social aspect of it. Like, what if Simon pops up as being at a BTS concert without his daughter? And then it’s like, oh, like, should Simon go on a watch list? Like that’s a little bit. So there is some “Minority Report” pre-emptive layers, this is not a discussion we are going to solve today, this is actually going to be one of the principal discussions, I think of the next decade, because we are going to get into that sci-fi space of where it becomes pretty tricky to commit a crime because everything is on camera, you have that in parts of the world, China famous for that. And there, there might be.

Simon I’ll let you wait a second, there will be implied consent, when you go to say the Olympics, it’s going to be right on your ticket that you agree that your image could be used, and that that happens in any sporting event now, it’s really the public streets and public places. If I’m sitting outside a Starbucks, what’s the legality there? But Simon, this was your topic? I’ll give you the last word.

Simon Erickson: I think that is the most important part, Dan, is that this is going to be a very, very difficult question that is going to be addressed for probably the next decade. And I think my final word on this is that the internet, and actually just technology in general is still a layer beneath the government.

When you think about this, we always talk about the internet as though it’s a universal concept. And it’s not, you know, regulations and censorship in China are very, very different than the United States. We saw GDPR with the EU a couple of years ago, saying, hey, if you do not comply with GDPR, there’s going to be a 4% royalty, that you’re going to have to pay to us. And so everybody immediately complied to that, this is the next evolution of that.

But again, AI is is overarching facial recognition could be anywhere if we’re traveling to China, do we give implicit consent for China who is very open for police to be using facial recognition and cameras around city centers? Are we then playing by those rules? Yes, we are. Because that’s the government of the country that we’re in at the point. And that’s very different than Europe.

And so when we talk about things like innovation, and pace of innovation, and who’s out who’s got the greatest technology in the world, I mean, things like this play a really, really big factor. It’s a tough question to answer depending on which side of this you tend to favor but it’s it’s gonna be contentious and a lot of controversy with this from coming up.

Dan Kline: This of course, is why I never leave the house without a full on Boba Fett helmet. No, I’m teasing a little bit because the balance between privacy and safety is very different for people and there’s no right answer. And from a law enforcement point of view, of course, you want to be able to get every you know significant criminal easily, but there is a cost for that. So we’re gonna see technology like just like we have radar detectors, we’re probably gonna see someone invent facial obscurers and, you know, we’re, we’re also living in a society now we’re wearing a mask in public is acceptable. I mean, if you walked into a convenience store in a in a kerchief around your neck that wasn’t allowed in a 7-Eleven, you know, a year ago and now it’s not only allowed, it’s absolutely encouraged.

Steve Symington shares a sort of a technical note, if you are a member or just someone who emails us at info@7investing.com, be sure to add us to your safe senders because it is possible you have an overzealous spam filter. Here’s what I’ll also say if you email us and we do not respond within 24 hours, hit us up on Twitter @7investing, it means we didn’t get your email, or you asked an impossible to answer a question, but for the most part.

Matt Cochrane: Or somebody check in on Steve, and make sure he’s okay.

Dan Kline: Steve checks most of our email, he is not the only person with access to that account. So we do still answer it in the rare time where Steve is out wrestling bears are hunting mountain lions or whatever it passes for fun in Montana. We are near the end of the show. I recorded an interview with Anirban Mahanti on how he handles his family’s finances. It’s illuminating. It touches on some discussions. It’s probably one you should watch with your kids. And we are going to air that on Monday’s show this show just spiraled out of control.