Is Meta Platforms Trying To Win By Outspending Its Competitors? - 7investing

Is Meta Platforms Trying To Win By Outspending Its Competitors?

Is Meta Platforms Trying To Win By Outspending Its Competitors?

Tony Fadell, the co-inventor of the iPod and iPhone, put out a hot tweet on the release of Meta Platform‘s (NASDAQ: META) first quarter 2022 earnings. I’ll leave it here with a screen grab and a link for your perusal! 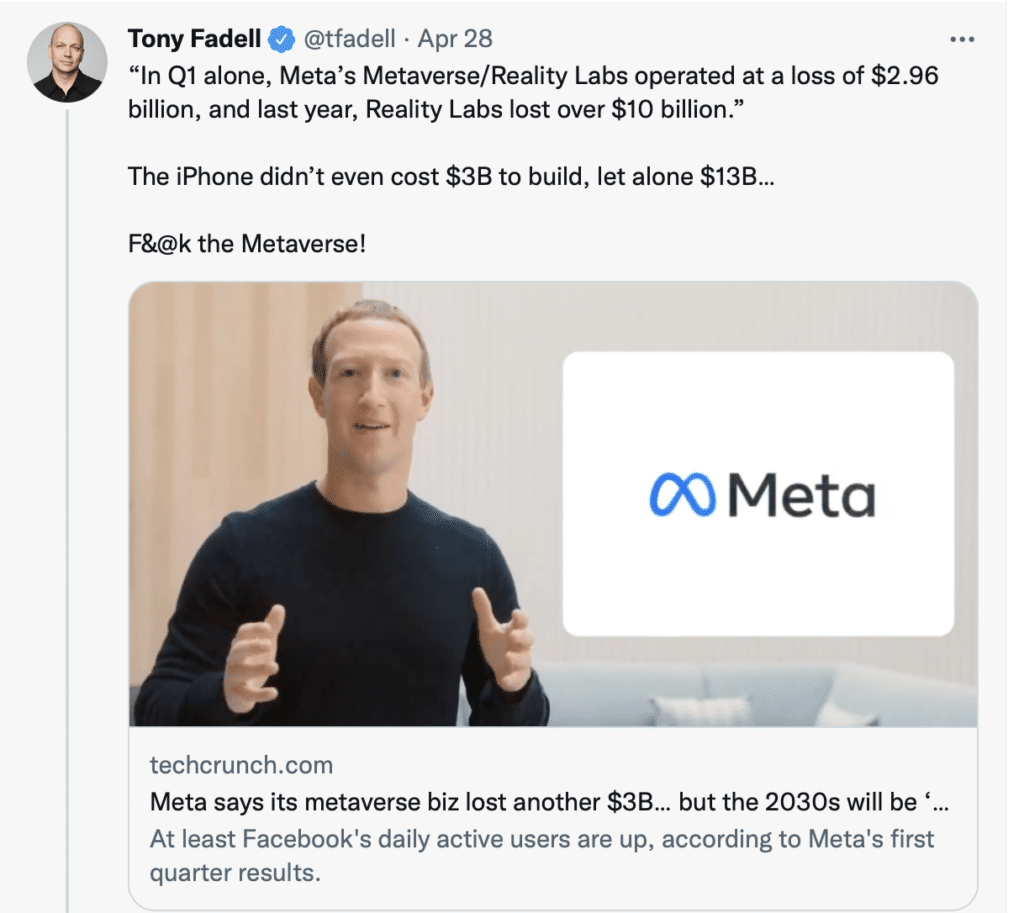 Irrespective of my views on the “metaverse,” once Meta decided to jump into the virtual/mixed reality arena, it had no option but to spend. Specialized people are expensive, and developing new underlying technologies isn’t cheap either. On the surface, the $10 Billion plus operating loss is significant, no doubt. 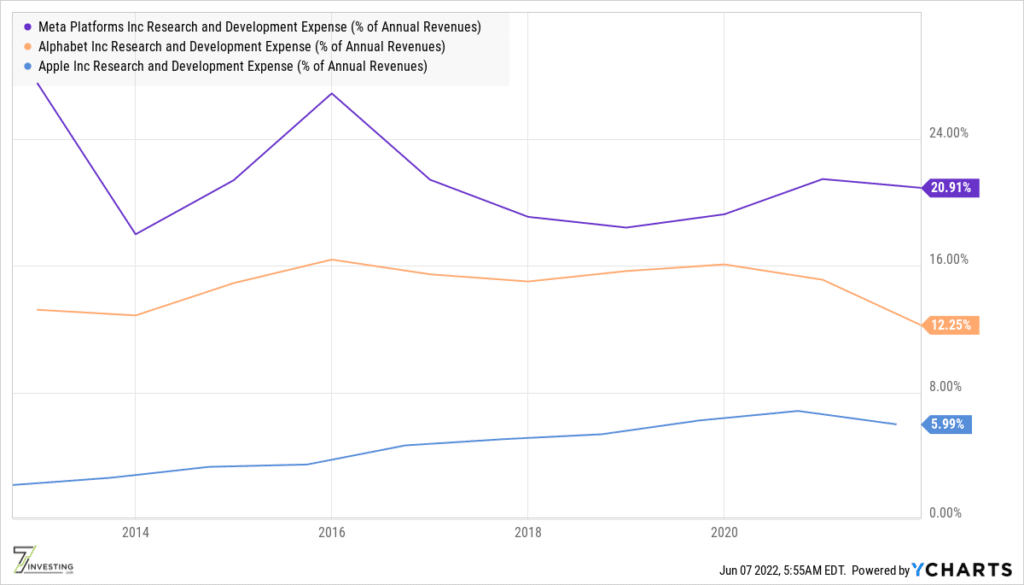 But another way to assess whether or not Meta is spending too much for growth is to consider Research & Development spending. In particular, we want to juxtapose Meta’s R&D budget with its closest competitor Alphabet (NASDAQ: GOOGL). After all, both operate in the hotly contested digital advertising space. And because Meta is trying to build a virtual/mixed reality platform, similar to what Apple (NASDAQ: AAPL) has with iPhone and iOS, it is perhaps also worth having Apple in the mix. 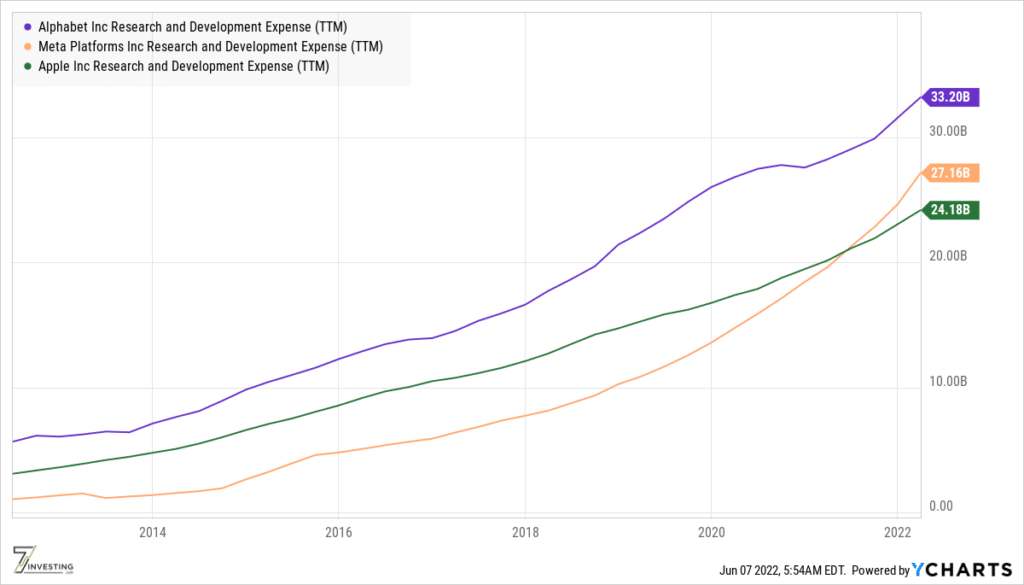 Sure, Meta is spending significantly more than both Apple and Alphabet on a percentage of revenue basis. But in absolute dollar terms, Meta is playing catchup with the two other giants. When the markets are big, so are the battles for technology development and leadership. These battles can be costly mistakes if, in the end, the results don’t pan out in a company’s favor. Whether or not Meta can make its mark in the “metaverse” remains to be seen. If it is successful, these dollars will be worthwhile expenditures.