Macro Musings: The State of the US Labor Market and Consumer Sentiment - 7investing 7investing

Macro Musings: The State of the US Labor Market and Consumer Sentiment

The labor market is strong but consumer sentiment is waning. Is a recession on the horizon?

According to the latest employment report released by the US Bureau of Labor Statistics, the labor market remains strong, with total nonfarm payroll employment increasing by 223,000 in December. This growth was driven by job gains in the leisure and hospitality, health care, construction, and social assistance sectors.

Leisure and hospitality, in particular, saw a boost as consumers returned in large numbers following the easing of pandemic restrictions. However, employment in this industry remains below its pre-pandemic level from February 2020 by 932,000, or 5.5%, according to the Bureau.

The unemployment rate edged down to 3.5% in December from 3.6% in November, indicating that the economy is still performing well and showing no signs of a recession. 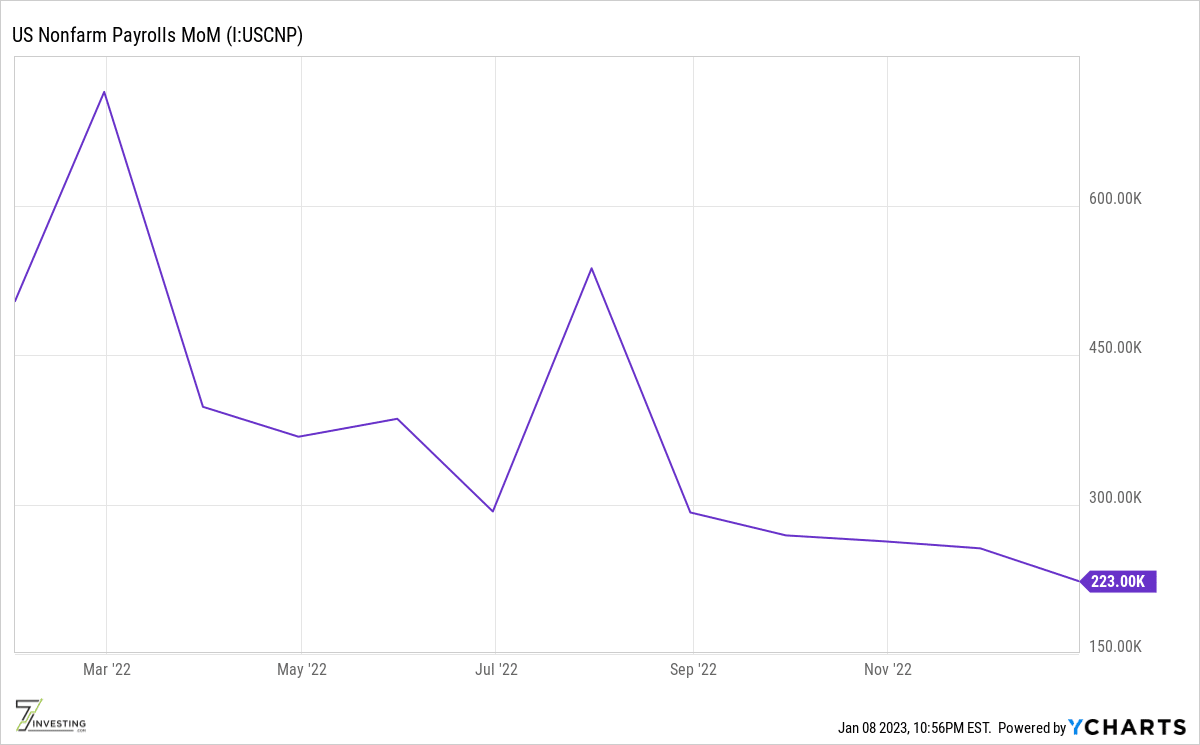 Additionally, employment in temporary help services declined by 35,000 over the month and has fallen by 111,000 since July. Employment in couriers and messengers and warehousing and storage has also continued to trend down.

Despite these slower job growth figures, it is important to note that the labor market remains strong overall and the unemployment rate remains historically low. US Average Hourly Earnings YoY is at 4.59%, compared to 4.80% last month and 4.88% last year. This is higher than the long-term average of 2.94%. 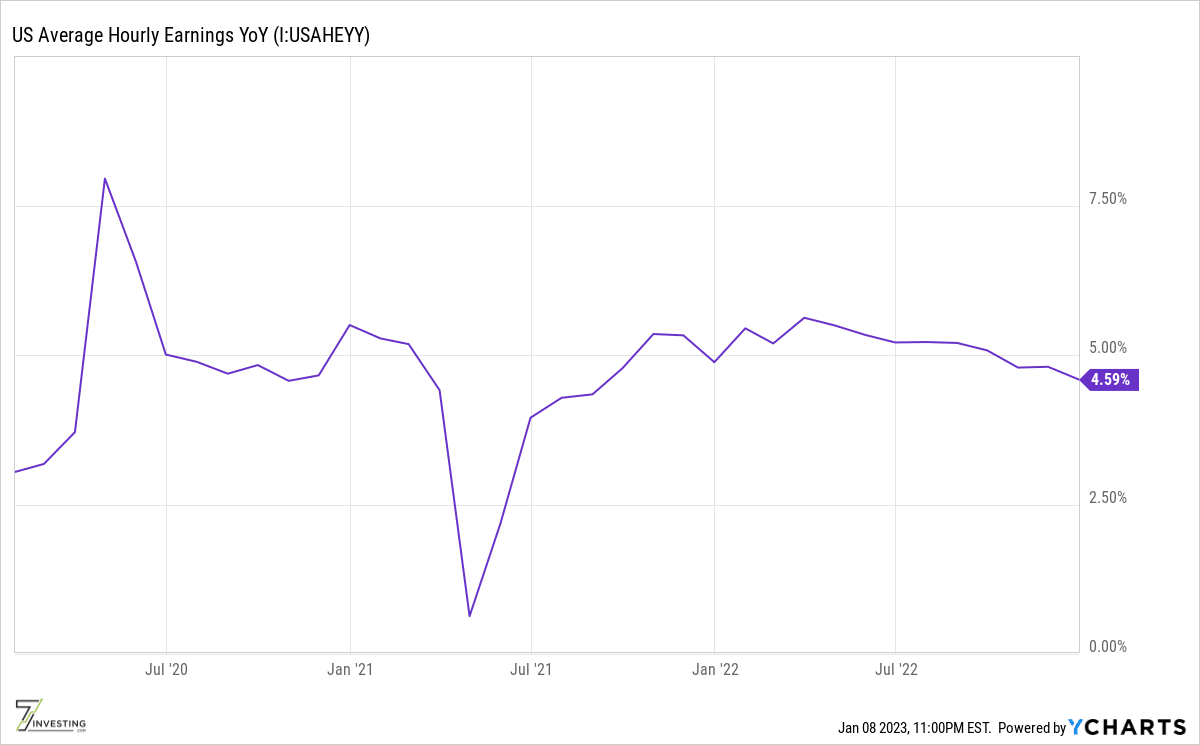 While there may be some slowing in certain sectors, it is hard to argue, based on this report, that the Federal Reserve’s recent rate hikes are having a negative impact on the employment side of the ledger.

However, when reviewing the earnings reports and calls of several bellwether companies, a different perspective emerges. Many businesses are tightening their belts, thinking twice before spending money, and subjecting large projects to multiple levels of scrutiny before approval. Some large technology companies are also downsizing their workforce in an effort to streamline their cost structures. For example, Amazon recently announced plans to lay off nearly 20,000 employees, Meta announced 11,000 layoffs, and Salesforce plans to cut its workforce by 10%.

Furthermore, consumer sentiment in the US appears to be waning in some areas. Bellwether business Walmart suggests that customers are coming to their stores specifically to search for good deals due to stubbornly high prices in many categories, with the following comments during their Q3 2023 earning call in November 2022. There are also pockets of increased promotional activity. The following snippets from the earnings call double click on the points above.

“With the cost of everyday items still stubbornly high in too many categories, more customers and members are choosing us for the value and assortment we’re known for and they’re responding to the changes we’ve made to save them time. With this in mind, we’re focusing on earning repeat business from customers who are now shopping with us more frequently than before.”

“We observed incremental trade down in categories, including proteins, baking goods, baby and dog food. We’re working hard to keep prices low and help ease the burden to make customers’ lives better. This includes working with vendors to reduce product cost and minimize inflation impacts on final goods’ pricing. Consolidated gross margin rate decreased 89 basis points. More than half of the decline was due to markdowns and sales mix in the U.S.”

Target also indicates increasing price sensitivity among consumers, with many people having run through their savings. Here’s Target CEO Brian Cornell during their Q3 2023 earnings call:

“..consumers are showing increasing signs of stress and pulling back from discretionary purchases, and it reinforces the value of having a balanced multi-category portfolio, which allows us to satisfy our guests’ ever-changing needs.”

Cornell also pointed to worsening consumer sentiment over time with the following comments:

“While overall Q3 comp growth was nearly identical to our second quarter performance, we experienced dramatically different trends within the quarter. More specifically, through the first 2 months of the quarter, we had seen comp growth of well over 3%, and then saw a deceleration to just under 1% in October.

Even within the month of October results in the back half of the month were much softer than in the first half and the mix of our sales tilted much more heavily towards promotions. This rapid change in trend is consistent with what we’re seeing in syndicated data on broader industry trends and the feedback we’re hearing from our guests. More specifically, consumers are feeling increasing levels of stress, driven by persistently high inflation, rapidly rising interest rates and an elevated sense of uncertainty about their economic prospects.”

Overall, we are at an interesting juncture. High interest rates may be having the effect of slowing down consumers. At the same time, the economy appears to be robust in terms of job creation and wage growth.