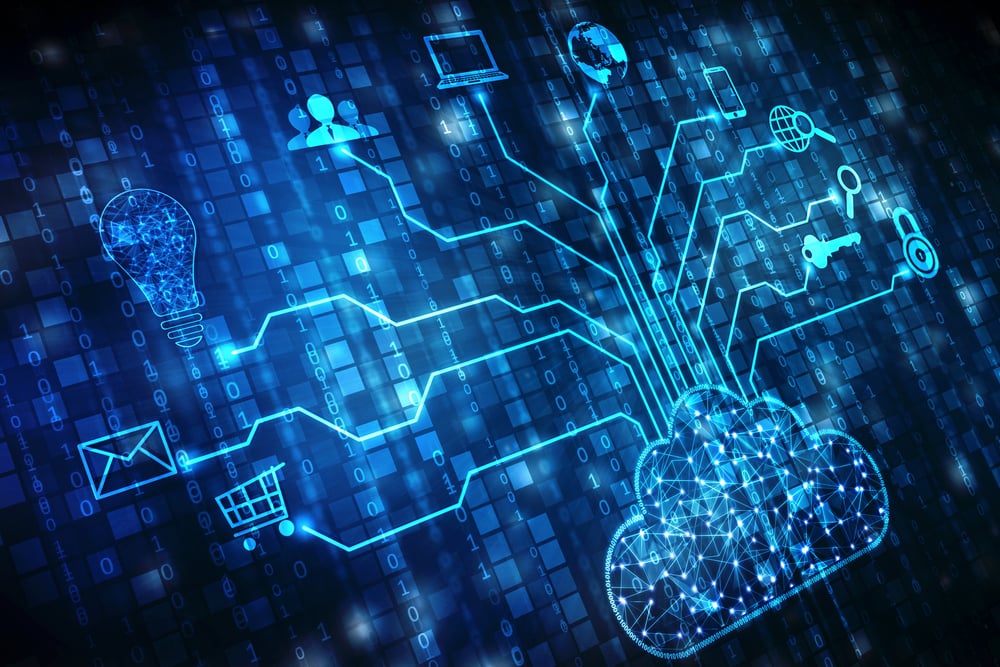 We’re in the early days of quantum computing and Simon Erickson joined Dan Kline on the April 9 7inveting Now to discuss the field and the first publicly traded company in this space. IonQ will be going public via a merger with dMY Technology Group, a special acquisition company (SPAC). The deal will value the largely revenue=free company at roughly $2 billion.

Simon Erickson:  Yeah, this is something I’ve been excited about for a couple of years. And it’s kind of exciting to see the very first way to play it in the public markets by buying a stock that is quantum computing, quantum computing is not a faster traditional computer, it’s a completely different architecture that can solve problems that traditional computers could not.

And so Steve Symington knows, as well as any of us how we’ve kind of built over the past couple of decades, silicon chips with transistors that are based on binary data, right? It’s either zero or one, there’s no middle section, it’s either on or off. And we use that to do tons of data operations, multiplication, it creates rendering for video graphics, all the cool stuff that we’ve done using CPUs, GPUs, and every other PDU that’s out there is a processing unit, a quantum computer is is based upon a quantum bit, we call this a Qbit, which is very different than the bits of zeros and ones that we’ve gotten used to in traditional computers. And because that has much more of a wave function, rather than just on or off in the binary notation we’ve gotten used to, it can solve extremely, extremely complex variables. So Dan, did he ever use Goal Seek with Excel?Do you remember that?

Dan Kline: Oh, dear god, yes, but not not I’m not good at excel in any fashion. But absolutely.

Simon Erickson:  Goal Seek if you’re not sure, Matt and Steve, remember this as well, you know, you try to go out and specify an output changing the inputs, it go up and down a couple of times, then it would say, okay, we’ve optimized what the input needs to be to get that certain output, take gold seek and put it on steroids, where you can now have millions of inputs run through a quantum computer to have a very, very specific output. And so who is using this.

DHL is using quantum computers for commercial logistics across the entire globe? Samsung is using this for the material science and design of superconducting materials. And a lot of biotech companies are looking at this for modeling out protein folding. And molecules is a developing new drugs. So again, it’s things that have tons and tons of inputs cannot realistically be solved by traditional computers, because it would take them far too long. now have the opportunity to start doing these with quantum computers. Very exciting field.

IonQ is going public via a SPAC

Dan Kline: And Simon This is a very early stage company, right? Like they’re going public via spec, which means we don’t have a ton of info, but their revenue is pretty small, given their their impending valuation.

Simon Erickson:  Yeah, so IonQ is a company that’s merging with DMY Technology Group via spec special purpose acquisition company. That means you have a bunch of money that goes to a publicly traded shell with a privately traded company like IonQ, they merged together, all of a sudden you have a publicly traded operating company, Dan, to put into context, what you just said, IonQ Did $1 million of revenue last year, and is being valued already at $2 billion in this back after merger.

Now by my math, that means they’re selling by about 2,000 times sales. This is really, really expensive to pay for a stock like that. Quantum Computing for most companies is still a science experiment that will not even have a use for quantum computer expected until the year 2025 or later, we’re starting to see a lot of hype, there’s going to be a lot of research still required in this field. But it’s kind of neat to at least see some options available for investors.

Dan Kline:  That assignment is this making you rethink these valuations the seven investing SPAC if you can have multiples of you know, 200 times that that feels like, like, really anything shoots back, you should back your paper route to your part time job.

Simon Erickson:  Oh, you’re gonna see a bubble form almost certainly in this field, Dan. I mean, like when you see 2,000 times sales for an unproven technology that isn’t even really commercial yet. And plus, on top of there’s so many different types of quantum computing technologies, right? You still got MIT academic researchers looking at ion trapping, looking at optics for quantum computers, quantum and kneelers. I mean, there’s not a generally agreed upon consensus of which is going to be the most efficient for cubits cubits stability.

What’s going to happen though, is we’re going to pay close attention to this to show which does show the most amount of technical product promise, and then which is actually showing the progress with the cloud. computing providers who are eager to tap into this, because right now the companies like Google like Microsoft, like Amazon, they’re all using cloud computing and giving you access to GPUs to CPUs to FPGAs. Pick your processor that you want for the application that you have. And by the way, if you’ve got a really, really complicated application and you need the quantum computer, you’re going to be charged a huge premium for access to it, that people will be glad to pay it if the problems are hard enough.