Navigating Inflation and Interest Rates with Your Hard-Earned Money - 7investing 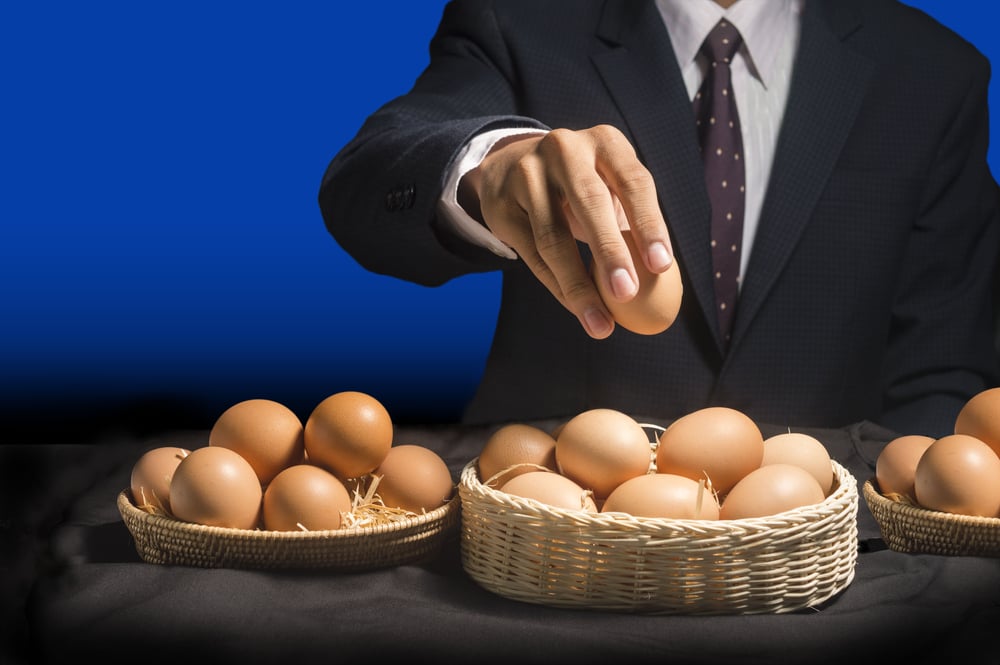 Navigating Inflation and Interest Rates with Your Hard-Earned Money

Almost any way you slice it, the stock market is historically expensive. The S&P 500 is hovering near a valuation of 3x sales. For comparison, that metric has been under 2x sales for most of the last 20 years. The index’s cyclically adjusted price-to-earnings (CAPE) ratio sits at 38. For comparison, it has only been higher once before: During the Dot Com bubble.

Investors must be careful when painting with broad strokes. The economy today is different from the economy of 10 years ago or 20 years ago. Capital-light, fast-growing software businesses comprise a greater share of the index’s value. In fact, the top five companies in the index — Microsoft, Apple, Amazon.com, Alphabet, and Facebook — comprise 22.5% of its total value. That alone suggests that the S&P 500’s valuation should be increasing over time on both a price-to-sales and CAPE basis.

Nonetheless, it’s important to acknowledge that the incredible rise of equity valuations wouldn’t have been possible without the U.S. Federal Reserve’s unwavering commitment to easy monetary policies. The Fed has been purchasing $120 billion in government bonds and mortgage-backed securities each month, although those purchases are expected to be phased out completely by mid-2022. In addition to asset purchases, the Fed has also kept interest rates near zero. Both actions are meant to spur economic activity, boost annual inflation rates to 2%, and help the economy reach full employment (it has conveniently failed to define this). These actions have also had the happy consequence of boosting asset prices for crypto, real estate, equities, and more.

There are reasons to think inflation won’t be quite as transitory as the Fed originally expected. Sure, there’s a mismatch between supply and demand, but inflation isn’t that simple. Housing costs are unlikely to fall quickly in the coming years (do rent prices ever fall?). Energy prices are elevated due to reduced production in the last 18 months, but increasing pressure to combat climate change has kept major oil and gas producers on the sidelines even as prices surge. Labor costs are increasing after far too many years of hardly budging, which can keep inflation higher for longer.

Perhaps most importantly, it’s likely that the world has passed peak globalization for our lifetimes. The United States is eagerly onshoring critical supply chains for semiconductors, rare earth metals, solar panels, lithium, lithium-ion batteries, electric cars, biologic drugs, and dozens of other products. The pandemic exposed the risks of being over reliant on global supply chains, although increasing geopolitical tensions with China will ensure the onshoring trend won’t be a passing fad. As a result, onshoring will begin to undo the offshoring trend that began in the 1970s – and the pace will only accelerate as the decade progresses. That’s sure to have an inflationary effect on the economy.

There are many ways inflation can play out, but one thing is certain: The Fed will eventually need to raise interest rates. That alone will force investors to reconsider frothy valuations across the stock market.

How am I navigating an expensive, Fed-fueled stock market?

If you invest with the assumption that the music will stop eventually, then you’re prepared for future stock returns to be lower. Maybe Mr. Market throws a temper tantrum and there’s a crash. Maybe there’s just an uncomfortable correction. Maybe it just takes a few years for companies to grow into their valuations. However “lower returns” is defined, investing won’t be nearly so easy in the next few years as it was in the last 18 months.

My current 7investing scorecard is stacked with drug developers that will be crossing moderate and major de-risking events in the next 14 months. Although few stocks will be completely spared in the next market correction, drug developers devoid of valuation risks that execute and generate positive clinical data will earn a durably higher market valuation.

One stock that could be impacted by prolonged inflation

Drug developers aren’t directly impacted by inflation, but the same cannot be said for electric utilities. These highly-regulated businesses don’t have pricing power, which means they cannot raise the price of electricity if and when fuel costs increase. They simply must eat the higher fuel expenses and recover those costs years later from regulatory mechanisms. Additionally, electric utilities are capital-intensive businesses and often rely on debt. Issuing corporate debt when interest rates are high(er) can sap long-term cash flows, since more cash will be diverted to servicing debt.

This narrative isn’t necessarily wrong, but it might be increasingly less meaningful over the next decade. Xcel Energy (NYSE: XEL) perfectly highlights the shifting economic realities for electric utilities during the energy transition.

First, electric utilities are investing in onshore wind power and utility-scale solar power. The wind and sun don’t have fuel expenses, which means they don’t become more or less expensive due to inflation. In 2020, Xcel Energy relied on renewables for 34% of its energy mix – well above the national average. By 2030, the company expects to generate 66% of its energy from renewables. That will significantly insulate the company from volatility in fuel expenses.

Second, there’s a growing global market for green bonds. These special debt instruments typically have lower interest rates and more favorable terms compared to traditional corporate debt. In 2014, the United States issued $5.9 billion in green bonds, according to The Climate Bonds Initiative. In 2020, the nation issued $51.1 billion in green debt, while the global total reached $269.5 billion for the year and the cumulative value of green bonds issued to date passed $1 trillion. Investors have also seen companies issue “green” convertible debt at 0% interest rates, which could provide an additional avenue for raising capital — sticky inflation or not.