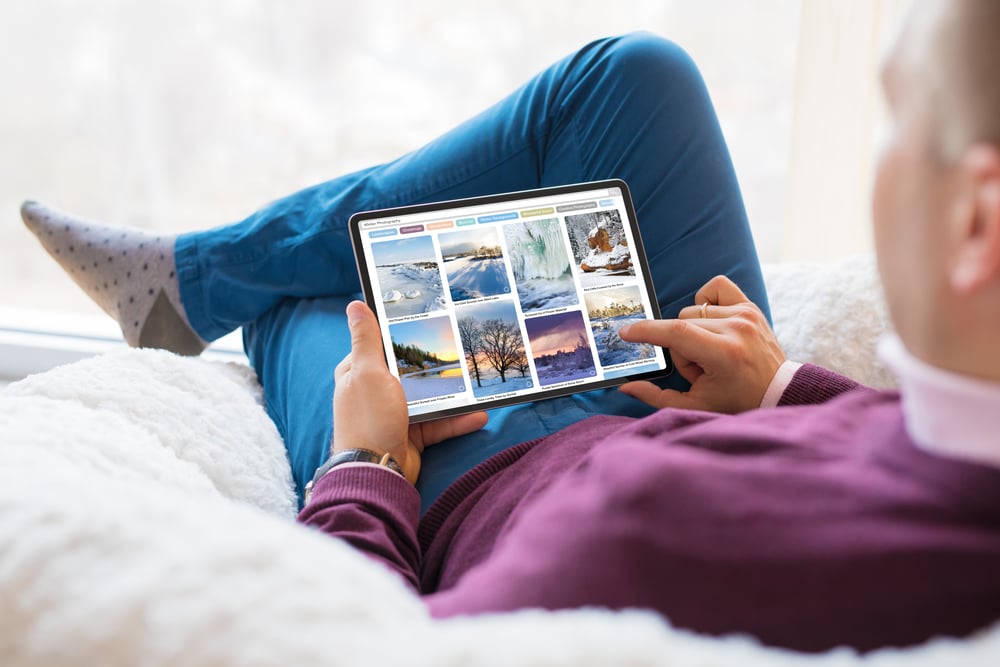 Dan Kline: But that being said, Steve, let’s move to Pinterest. The numbers were really, really good. And of course, the stock is down. We’ll talk about that in a second. But why don’t you give us the overview of the numbers?

Steve Symington: Right? This is sort of that classic like Yeah, it’s great! Stock selling off like that just seems silly. Down 12% right now, despite technically exceeding Wall Street’s expectations. Revenue was up 78% year over year to I think 485 million. Adjusted earnings of 11 cents per share those both beat expectations were 474 million and 7 cents per share, respectively. There was some talk, however, that Pinterest monthly active users climbed only 30%. year over year to 478 million I think Wall Street was looking for closer to 480. Kind of a silly criticism. But one nonetheless.

Dan Kline: Let me jump in. Pinterest isn’t Facebook, it isn’t even Twitter in terms of its total addressable market. I find Pinterest awful. It’s never a format I ever want to engage with information in. I understand if I cared about home design or looking at different shirts or whatever, like maybe it would appeal to me. But do you think it’s possible that they’re hitting the end of their US runway? I know, there’s a lot of global growth still out there?

Steve Symington: I don’t think they’re hitting the end of it. I think they saw some acceleration during the pandemic that, that maybe, you know, we’re gonna see a deceleration in user growth. And I think that’s the concern. The other thing we need to keep in mind is the stock had nearly quadrupled over the last year leading up to this earnings release. And even now, it’s still up more than triple where it was this time one year ago. So I mean, its outlook was solid, it’s calling for second-quarter revenue to more than double. But it’s also calling for global, monthly active user growth to decelerate to the mid-teens percent range. And to be about flat in the US. I think it will grow steadily.

But I think this is sort of an expected deceleration, sort of as the world reopens, and people spend less time on Pinterest looking for recipes or home projects or whatever. But this is a case where you know you’ve got a stock that’s more than tripled even after today’s drop. It’s trading at 27 times trailing 12 months sales, a little bit steep. People just wanted it to crush every metric. It didn’t quite do that. It wasn’t the blowout quarter that everybody wanted for it to continue rallying and that happens. These kinds of pullbacks are healthy when stocks rally up hard like this, and as much as everybody wants to see their stocks only go up. That’s not how the market works. And I’m not particularly concerned for the health of the business, call it a healthy pullback for a stock that’s rallied hard.

Dan Kline: And I do think in a post-pandemic world, people are going to be posting less DIY projects, but more vacation photos and more here’s how I set up my tent or whatever it is. The number I found most encouraging, but I think you have to take it with a grain of salt. Is they’re forecasting that while international growth will slow to the mid teens, the revenue will go up 105% next year, that’s their forecast. Why is this important? Because Pinterest generally is making pennies compared to dollars on its overseas users.

They have not monetized  these well. But when I say grain of salt, I don’t have the numbers in front of me. But if I was making 13 cents per 1000, versus you know, two and a quarter in the US, and now we’re making 26 cents per 1000. There’s a long way to go in terms of international monetization, not a Pinterest-only problem. A problem for all of social media.