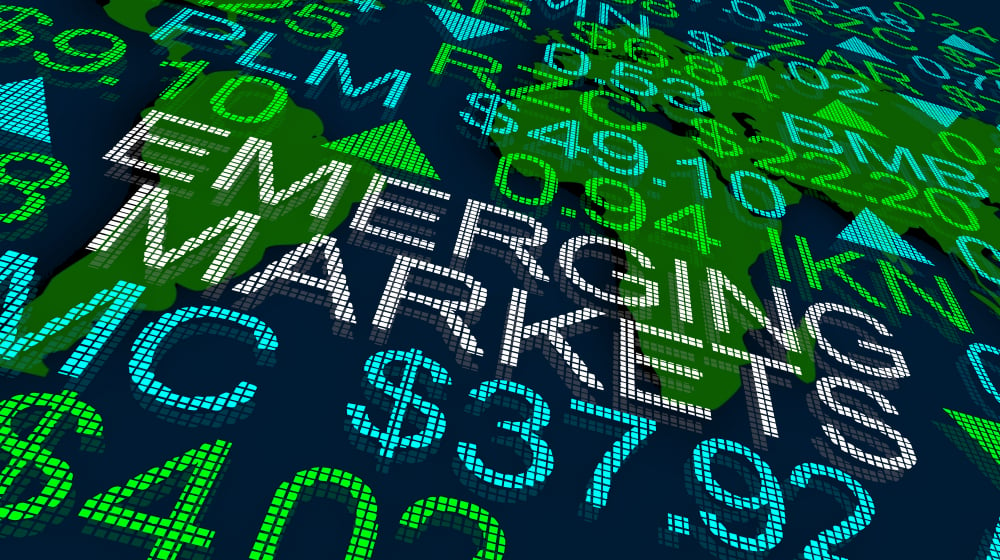 I enjoy following “emerging economies.” The Morgan Stanley Capital International Emerging Market Index (MSCI), for example, lists 26 countries. Of course, several countries can be tagged as “emerging” for one reason or another, but I prefer to simplify. My interest is in low-to-mid income countries, with potential for brisk economic growth, a large population (e.g., around 100 million or more), and a nominal GDP of approximately $1 trillion.

Essentially, I am focusing on emerging economies that can experience growth-at-scale, delivering a boom over the long term for the service sector and the consumption economy. What countries fit my “emerging economy” definition? It’s a short list: China, India, Mexico, Brazil, Russia, and Indonesia.

While my list is short(er), becoming a specialist in all is a mammoth undertaking. I could take a basket approach and invest in a broad market index of these countries. Unfortunately, with an index approach, one lands up owning a significant chunk of what I call the “old” economy. These would be banks, insurers, industrials, and perhaps conglomerates. At least for some of these companies, their best growth days are well and truly in the past. In fact, many of these broad market indices have trailed the S&P 500 index over the past decade.

What other options do I have?

My interest, however, is in entrepreneurial activity and how digital technology may play an outsized role in the future, just like the role of digital in much of the US and Western Europe.

As an example, consider eCommerce in India. Retail eCommerce sales in India were pegged at around $40 billion in 2020, with about 160 million online shoppers. What’s incredible here is the long-term potential. Internet penetration in India is about 50% of its 1.37 billion-strong population, and today only about 5% of retail sales are online. Contrast that with the US, where the Department of Commerce pegs eCommerce sales to be about 14% of total retail sales.

But the question remains: How do we profit from the opportunities such as the rise of eCommerce, video streaming, gaming, and digital payments?

First, and perhaps foremost, is the opportunity in front of today’s stalwarts in each of these areas. As an example, let’s go back to eCommerce in India. Amazon.com (NASDAQ: AMZN) is the leading player in the Indian market, closely followed by Flipkart. With the latter’s acquisition by Walmart (NYSE: WMT), the big two in the Indian eCommerce scene are US-based companies. Similarly, if one’s interested in the rise of streaming in India, Disney (NYSE: DIS) and Netflix (NASDAQ: NFLX) provide exposure to that market. In other words, you may already have exposure to some of the most exciting sectors in emerging economies via your existing holdings.

Of course, that’s not to say that there aren’t local players. There are several local players in India’s budding eCommerce market, although many are privately held. And perhaps the one competitor to watch out for in the years ahead is the recently launched JioMart service from the Indian conglomerate Reliance Industries (NSE: RELIANCE).

Sometimes geopolitical realities coupled with cultural differences may result in Western businesses not finding a solid foothold in some markets. Take eCommerce in Russia. Amazon isn’t a player there. Wildberries, a privately owned business, is the market leader with about 15% of the market. However, one can now invest in Russia’s second-largest player Ozon (NASDAQ: OZON) as the company recently listed shares on Nasdaq.

While I don’t own shares in Ozon yet, it is a company that’s worth watching and studying for a potential investment. The Russian retail market is large, with relatively low eCommerce penetration. It is also highly fragmented. The top 3 domestic players account for about 24% of the eCommerce sales (versus 44% in the US and 79% in China). For full-year 2020, Ozon reported strong growth, with the number of orders growing 132% to 74 million and gross merchandise volume growing 144% to RUB 197 billion. This is a fast-growing business that’s also almost breakeven on a free cash flow basis, so definitely one for the watch list.

My bottom line for emerging market investing. I focus on global players that have significant emerging market opportunities. Alongside, I will study local specialists that deploy the playbook of US-based behemoths but with modifications suited for the local market. When these players list, as Ozon recently did, they find a spot on my watch list for further research.