The Art of Hunting 10-Baggers | 7investing 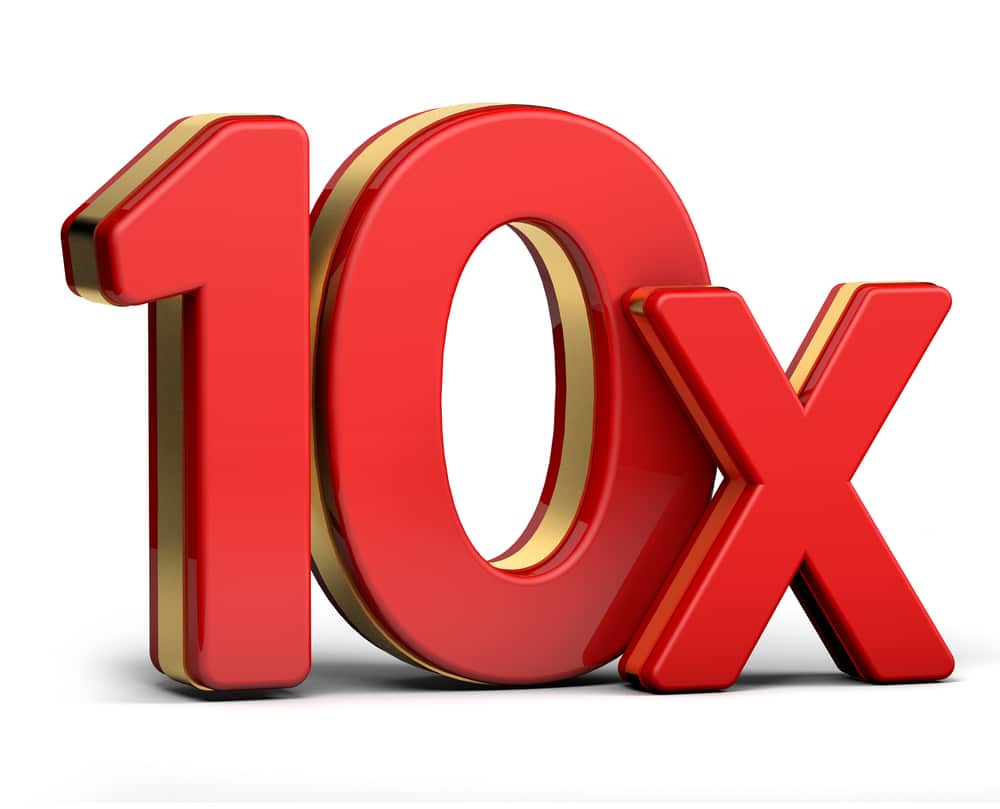 The Art of Hunting 10-Baggers

Sometimes, the best ideas are right in front of us.

And for every Apple delivering dazzling, seductive life-changing monster winners, there’s a 3D Systems (NYSE:DDD) or GoPro (NASDAQ:GPRO) that didn’t pan out.

So, what does Apple tell us about finding monster winners? In this article, I will outline six considerations I have in my hunt for big winners. I will present these with the Apple backdrop. You will notice much of the analysis is qualitative, not quantitative. It is about understanding the product, the product-market fit, company DNA, leadership, and the relationship they have with employees and customers.

It’s hard to win big in a niche market. Ideally, we want to enter during the early phases of technological adoption, preferably in the early majority section of the adoption cycle. Get in earlier, and it is possible that the technology doesn’t go mainstream. Enter later means there’s more competition, and we have lost up on some of the early gains.

Back in 2011, smartphone adoption was in the early phases, but its future wasn’t in doubt, and there was still a lot of room to run. We knew it was a vast market and one that had plenty of growth potential.

Consideration #2: Innovation in its DNA

Fat pitches bring plenty of competition. That’s capitalism, which is fantastic for consumers but not necessarily for investors.

In 2011, the long-term viability of Apple’s business model of selling premium hardware could be doubted. Questions marks included the commoditization of the smartphone market (via Android, for instance); the eventual lengthening of device replacement cycles; and the potential of hitting peak iPhone sales soon.

So, how could a company win in this sort of setup?

Elon Musk had once quipped that the only moat that matters is your speed of innovation in the long run. That turns out to be a superb framework for evaluation.

With respect to Apple, the market in 2011 wasn’t giving the company innovation credit. But Apple was quietly building up its software and services while making crazy progress on the hardware front, such as developing its own A-series chips. This hardware/software tango has allowed the company to create class-leading products like the iPad, the Apple Watch, and recently with AirTag, while iteratively improving the iPhone experience. It’s been a picture-perfect cadence of innovation, year in, year out.

Of course, evaluating innovation potential a priori is difficult. We can watch for signs of commercial progress. The A-series chip debuted in 2010. However, the more straightforward approach of taking solace from past successes might just be sufficient. After all, a company that invented the iPod and iPhone would likely have a few tricks up its sleeve!

In other words, you can trust the track record, provided the next point holds.

For consumer products, this one is relatively straightforward. Just see if customers are lining up to buy the goods. For example, people camped outside the Apple stores to be amongst the first to get a new iPhone when it was released. There’ve been times when the Apple online store crashed because of the massive demand from customers. If you were late to click on the buy button, one ended up waiting several weeks, sometimes months, to get the newly released iPhone.

One can make a similar analysis for software products that are deployed by enterprises. Are engineers raving about a particular software? Are customers deploying more of the software? In the software-as-a-service (SaaS) land, increased uptake delivers high dollar-based expansion rates and very low customer churn.

Fanatical following is excellent for efficient growth. You need to spend less on sales & marketing to get a similar (or higher) level of revenue versus a less-desired product. Or if the company is named Tesla (NASDAQ: TSLA), then they literally spend $0 on advertising!

Most importantly, a passionate following gives an innovative company a license to kill. It gives them the option of thinking about radically different ideas without worrying about consequences. It gives these companies the self-belief to invent the future and reinvent themselves in the process. Remember how Apple obsoleted the iPod to make way for the iPhone? Reinvention is scary, but only companies truly loved by their customers have the license to kill and prosper!

Customers today increasingly care about what a business stands for and what they are out to achieve. If customers care about something, the firm should, too. A mission that appeals to customers adds to the company’s brand appeal.

But there’s an even more critical consideration. Great products and services are a function of the people in the organization. A mission that resonates with the talented folks’ matters because progress is always delimited by the scarcity of talent; it’s the license to hire the best.

Engineers care about making an impact and seeing their solutions deployed at scale. As a result, those companies at the bleeding edge of technology can hire the best engineers, pushing the boundary further, which opens the door to engage the next generation of talent. Overall, this can be a powerful reinforcing feedback loop.

So, for instance, if you are a computational photography expert, there probably are few places on the planet that can offer what Apple can in terms of ability to deploy at scale.

Or, if you are an industrial designer, there’s probably no place better than Apple when it comes to working at the intersection of design and technology.

Consideration #5: The quality of the key stakeholders

Mission-critical companies typically have leaders who think out of the box. Leadership sets the mission and tone of a company. Thus, the history and past track record of a leadership team matter.

Often, we get caught up with the CEO or the co-founders. In Apple’s case, Steve Jobs indeed was a larger-than-life figure. But Apple had a deep bench of talent, including Craig Federighi, Johny Srouji, Johnny Ives, Phil Schiller, Tony Fadell, and Tim Cook. Of course, leadership teams change over time, but it is crucial to understand the depth and breadth of a company’s executive team. Over the long run, the bench strength matters in terms of maintaining cultural continuity and succession planning.

Elephants can’t dance. So, usually, huge multibaggers of the future are relatively small companies today. But back in 2011, Apple was a $200 billion mega-cap, so always be willing to reconsider size. We don’t necessarily need sub $10 billion market cap companies to catch a monster.

Importantly, when thinking about historical data on multibaggers, remember that the average market cap of companies also moves upwards with time. Why? If we expect the S&P 500 to rise over time, then by definition, the average S&P 500 company’s market cap also expands over time.

Bottom line, think of size in relative terms, for instance, as a function of the total addressable market.

Like an Apple product event, I will punch the “one more thing…” line. That one more thing is our investing mindset. We can’t catch multibaggers if we are mentally unprepared for them.

Investing is a probabilistic process. We won’t get every one right. And therefore, we have to embrace the probability of being wrong. Don’t let perfection come in the way of taking a calculated bet on a potential multibagger. The willingness to fail is essential, just as much in investing as it is in product development!

My usual approach is to start small and add on execution. A small position in a 10-bagger can have a meaningful impact on the return. A 10-bagger doesn’t eventuate overnight, so there’s always an opportunity to add later as one learns more about a company.

Be a patient long-term investor. Sometimes, the market will come around to your way of thinking quickly. Other times, it will take a while.

Patience is a virtue and a lot more investing!

Want to pair this writeup with some nerdy financial stuff? Check out this interview with Mayur Thaker, “Hypergrowth Investing With Mayur Thaker: Tesla, Beyond Meat, Square, and More”.

Want to add market sentiment to your investing framework? I have got the perfect article for you.