Incremental innovation is a necessity for success and there's no better proof than Apple's recent "far out" event. Read on for Anirban's take on Apple's recently release iPhones and what this might mean for Apple.

Apple‘s (NASDAQ: AAPL) annual fall event announced the arrival of the iPhone 14, a flagship variant called iPhone 14 Pro, and new additions to the Apple Watch and AirPods Pro families. This year was a departure from the norm for iPhone watchers as the new iPhones automatically didn’t get a new chipset. Instead, the honor of housing the latest chipset called A16 bionic went to the flagship Pro models.

Apple might be trying to circumvent cost and supply chain issues by utilizing its existing A15 bionic chipset, developed on a 5-nanometer design. It means Apple can use the current setup of its supply chain partners for those chips.

Apple’s new A16 bionic is built on a 4-nanometer process, packing an incredible 16 billion transistors. The new A16 bionic is faster, both in terms of CPU and GPU, and also more power efficient than its predecessor. 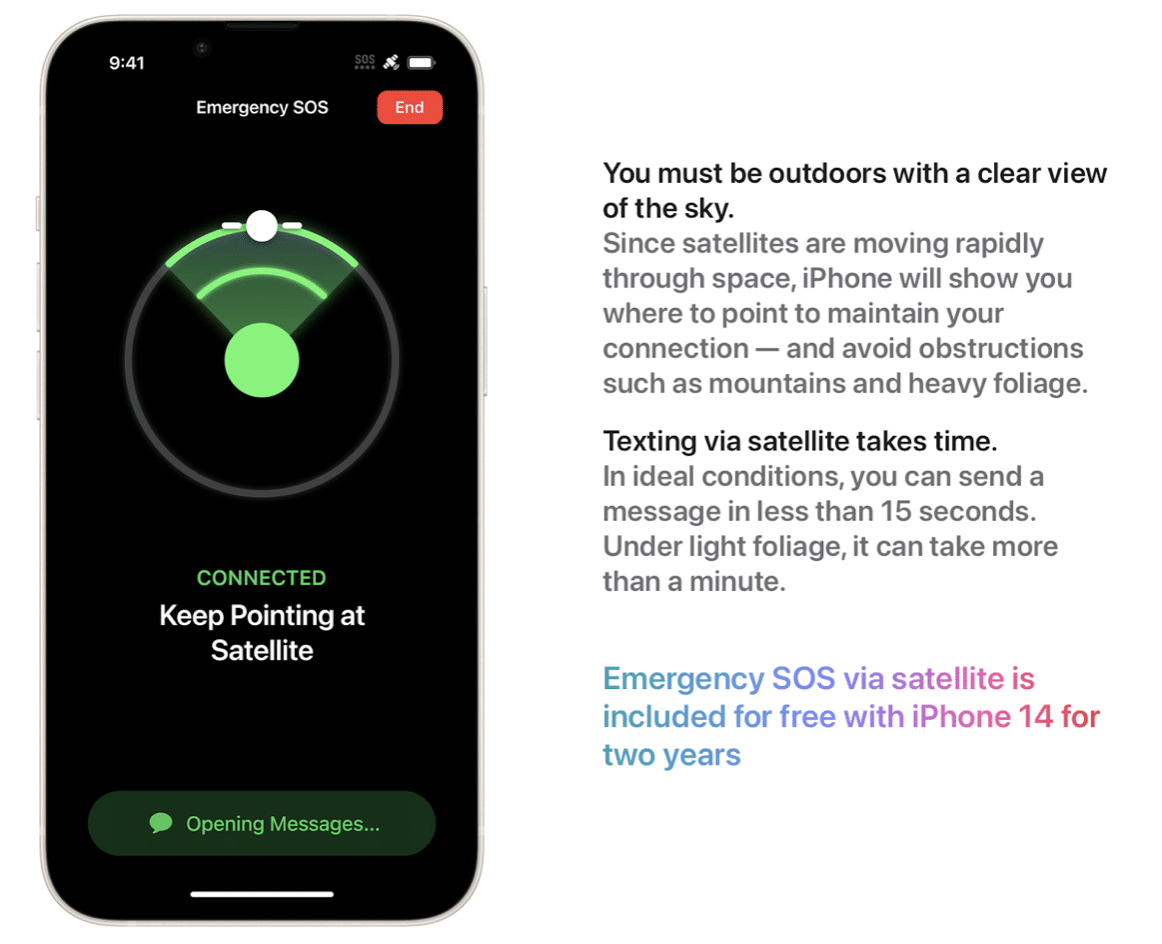 In terms of a surprise element for the iPhone 14, the Cupertino giant added an excellent and potentially handy feature in the ability to use satellite connectivity in areas of no connectivity for emergency messaging. This service is initially available only in the US and Canada, starting November, and will be free for the first two years.

Another exciting feature is the iPhone 14’s ability to detect a severe car crash and automatically alert first responders and the user’s emergency contacts. It isn’t clear why this feature wasn’t available in last year’s models. Perhaps there are subtle changes in hardware components such as the accelerometer and gyroscope.

The Pro variants had more upgrades. As noted above, they received the new A16 bionic chipset, a new camera system, and notably the clever dynamic island feature, which ditches the notch for a pill-shaped cut out for the camera system. But in a true Apple fashion, the company decided to turn what is usually wasted screen space into an intriguing notification area for apps. It is clever and very much an Apple move. Rest assured, we can expect the rest of the smartphone industry to copy the feature soon, which is truly a masterclass in hardware/software integration.

But isn’t all this still highly incremental?

At a high level, it sure is. A new chip advancing the prior generation, some improvements to hardware components, incrementally new software-driven features, none of these seem revolutionary.

Some of this is a function of the saturation of the smartphone market. But this is also strategy, perhaps a byproduct of the mature market.

Apple’s cadence of new devices is catering to upgraders. The most loyal Apple customers probably change their iPhones every year or so. These users are likely also focused on the Pro models. A vast majority perhaps use their iPhones for 3 to 5 years. For those users, the new iPhone 14’s offer many new features. Given Apple’s billion-plus user base, 200 to 250 million odd iPhone sales in a year are generally feasible.

But that steady stream of iPhone sales to the regulars doesn’t drive growth. Growth comes from users attaching other devices and services. Apple increases the odds of attachment to new devices by continually improving the product suite. For instance, someone who likes to engage in extreme sports might not have found earlier versions of the Apple Watch helpful. For this crowd, Apple released the Apple Watch Ultra model, which is Apple’s answer to Garmin and others catering to (amateur) athletes.

Generally speaking, Apple Watch, AirPods Pro, HomePods, Apple TV+, and a host of Apple’s services give users more reasons to spend with Apple. And improving its products and services is all about keeping these users content within its ecosystem. This is a strategy Apple has perfected over the years.

And, of course, switchers from Android to Apple come in every now and then because they like one of the many products and services Apple offers. And once in, Apple works hard to please them, sell more to them, and keep them in its universe.

In many ways, going through this cycle repeatedly, building a larger and larger installed base is no mean feat. Furthermore, a carefully nurtured base is critical to succeeding with new product categories such as AR/VR headsets or something else we haven’t even heard about. It’s the playbook that has made the Apple Watch, AirPods, and the iPad cult hits. Sure, nothing comes close to mimicking the success of the iPhone. Still, the success of the other products and services is large enough to make competitors wish they had those wins on their books.

Maybe sometimes being incrementally innovative is not a bad thing after all!