What Did JPMorgan's CEO Jamie Dimon Say In His Letter to Shareholders? | 7investing 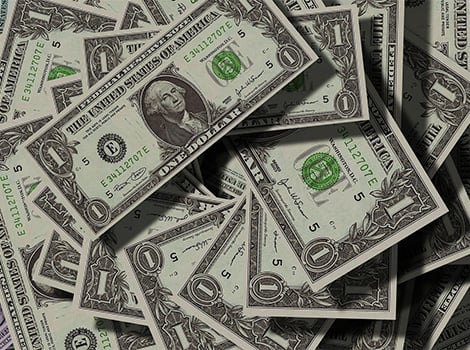 What Did JPMorgan’s CEO Jamie Dimon Say In His Letter to Shareholders?

Matt Cochrane broke down Dimon’s letter in a segment on the April 9 edition of 7investing Now.

Dan Kline: Matt, you want to talk about JP Morgan Chase CEO, Jamie Dimon, he released his annual letter to shareholders. What were the highlights here?

Matt Cochrane: Yeah, you know, in his letter is always one of the better highlights of the year. I think it always contains, like key insights on the economy, the stock market, the financial industry, and of course, JPMorgan Chase, one of the largest banks in America itself. But the two cons I’d like to specifically focus on today, however, prepainted Dimon’s remarks on FinTech versus big banks, and the first one he said was that the regulatory landscape gives an unfair advantage to FinTech over big banks.

And Sam, I think we have this graphic but like he included in his letter, and he just like listed everything that was like, you know, like basically the regulations of banks face and the lessor to the much lesser extent like the one that the FinTech companies face. You know, for instance, banks have higher capital requirements and much more extensive liquidity requirements, which means they can’t lend out all the deposits, they take in deposits that banks must be FDIC insured.

This cost JPMorgan $12 billion over the last 10 years, you know, there are heavy regulations around how banks can use their customers data, and are under a lot of like KYC, which is know your customer, and AML, which is anti money laundering requirements. And he goes, when I make a list like this, I know I won’t be accused of complaining about bank regulations, but I’m simply laying out the facts for our shareholders and trying to assess the competitive landscape going forward. And then his second comment, thanks, Sam, for that a, FinTech is here to stay, you know, banks must invest heavily in tech.

He goes, importantly, big tech, and he he lists, Amazon, Apple, Facebook, Google. And as I said, Now, I’d include Walmart is here to their strengths are extraordinary, with ubiquitous platforms and endless data. At a minimum, they will embed all payment systems within their ecosystems, and create a marketplace of bank products and services. That’s the end quote, I, you know, and he, he goes on, you know, so it’s not time to it’s but it’s even with all that, though. So the regulations, landscapes, which heavily favors FinTech companies, and like, just how banks are being targeted by big tech with really deep pockets, and these very nimble FinTech companies, you know, I still don’t think it’s a time to cut out count out big banks as investments. Um,

Dan Kline: Let me jump in here, Matt. Yeah, there’s also and I jumped in, because you made a graphic about this one as well. But I want to make sure we get to big banks also have a lot of advantages. They have some, some disadvantages. They’re not as nimble, they don’t have the tech where with all of you know, an Amazon or other giant companies that are that are in this space or Apple, certainly which is in the space, but there are some major advantages that a JPMorgan has, right?

Banks do have things on their side

Matt Cochrane: Absolutely. Like it’s, it’s, you know, it has branches all around the country, which is strike, still a great customer acquisition tool. And I think like you’re seeing this like, it’s the same, it’s the same story that’s being played out in retail, right then like, where, like, a lot of the brick and mortar retailers, like found out that their store footprint was actually a big advantage and how, like, on online only retailers like Amazon are trying to find that infrastructure across the country. You know, but like so JPMorgan invested 5 billion in technology $5 billion in technology last year, and that’s gonna increase to six to seven billion dollars this year, they have 41 million active mobile users.

They built data centers around the world, which basically created their own private cloud, which is going to make it a lot more efficient. And listen to this like so in his last conference call, this is what he says he goes, you have a tremendous amount of AI being used in asset and wealth management and trading and commercial banking. It’s literally the tip of the iceberg. Whatever we say today, 10 years from now, it will be probably 50 times more than we’re doing today. And I would spend anything to get it done faster so that he knows where the landscape is going and he is committed to it.

So again, like these companies are investing heavily in tech. And you know, it shows up in stock returns to say I think we have this graphic like where like it compares like the big this is Bank of America and JP organ’s returns over the last five years. They they rival you know, the QQQ’s like the NASDAQ ETS, like total return to Bank of America actually beat it. And JPMorgan is right behind it. So, uh, you know, again, big bass, you know, a lot of banks have their hands tied behind their backs when they’re going up against these FinTech companies. But it’s not time to count all of them out yet. And specifically, I think JPMorgan, Chase, and Bank of America are two very well positioned banks going forward.

Dan Kline:  I use Erica, like I use all AI systems, I endlessly type give me a person, because invariably, whatever you’re trying to do, is not like this technology has come a long way I joke is there are some things that can help you if you need to know how to say, like, do a wire transfer. And it’s a very clear, concise thing, it can do it.

If there’s any nuance, and I’m not picking on Bank of America, this is true of every AI views. If there is any nuance to what you’re trying to do, it is not capable of getting it. And it is maddening. Because it will refer you to things that are in no way related to what you’re doing. I’m a big fan of automated help, it should be much easier to get a real person. I think that is a big failure. And that’s something that T-Mobile does really well is giving you a real person that actually knows your issue. And there’s there are lessons to be learned there.