What Is the Future of Value-based Healthcare? | 7investing 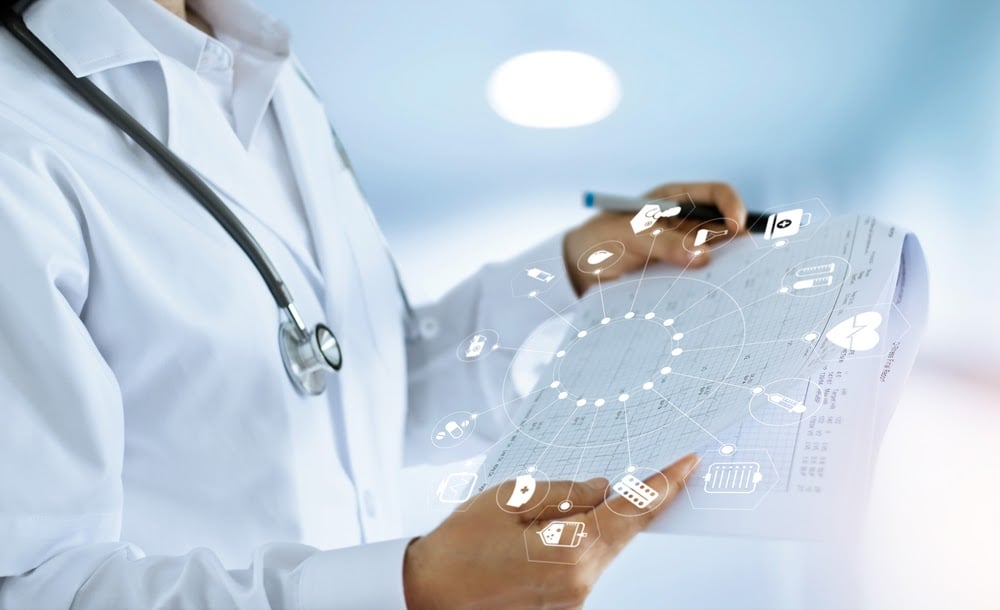 What Is the Future of Value-based Healthcare?

Healthcare is expensive and while it’s easy to fault insurance companies, they can sometimes be put in an impossible position. Should they pay for treatments which can cost hundreds of thousands of dollars when they may not work?

Value-based care, however, could upend that model by changing how payment for promising treatments works. That’s only part of the equation and Simon Erickson explained value-based care on the April 12 edition of 7investing Now.

Dan Kline: But we want to talk three key trends in healthcare. Dana actually has to leave at about half past. So I wanted to get Simon’s in because I think Dana’s gonna weigh in on this as well. And Simon wants to talk about can value based care, bring down the cost of health care, healthcare, as we know, very, very expensive.

I’ve talked about this many years ago, six or seven, eight now? When I worked at the Boston Globe, I had New York Times health insurance, went to the doctor knew what I had wrong, because my wife had strep throat. The doctor came in and I said, My wife has strep throat. The doctor wrote me a prescription and then left it took maybe 90 seconds, and I got an itemized bill for $570.

Now my insurance paid the vast majority of that, but there is no part of that service that was worth $570. I understand you’re paying for the expertise, the medical school, all of that the infrastructure, still not worth $570 Simon Erickson value-based health care.

Simon Erickson: I think this is one of the big innovations in health care, Dan, just like you mentioned is that I want to kind of connect the dots between what Dana just said, which is really innovative science, and then the business commercial side of this too, right of how we’re going to pay for some things like this, and we started the program talking about four trillion dollars a year in America, we’ve come a long way in getting the cost of developing drugs down.

But it still costs on average $1.2 billion in 10 years of scientific research to get anything commercialized. And actually out there, you can be purchasing pills. And so how do we address this, you know, when we start talking about things like Car-T, CRISPR, gene editing mRNA, a lot of these can run over several hundreds of 1000s of dollars per patient per treatment. And I think one of the things that’s been holding back a lot of this innovative science has been how does an insurer transition from something that’s to something that’s so expensive, and actually get it adopted in hospitals.

And I think that there’s this concept of value based care is, is an approach that’s going to be seen a lot more in this, which is basically pay based on the performance of the drugs and the outcomes that you’re seeing in patients, and make sure that it’s working to justify the cost and the ROI of this. So I want to give an example of this, you know, there’s plenty of them out there, but I liked the one of Spark Therapeutics a couple of years ago, this is a company that was addressing macular degeneration, retinal eye diseases, blindness, you know, basically, that was found in children, but it was correctable with gene therapies. And so they released a drug like sterna, that would cost $425,000 per eye, or $850,000, for both eyes,

Dan Kline: A bargain, a bargain at any price.

Simon Erickson: A bargain compared to you know, not being able to see the rest of your life having to have a helper, you know, assist you through everything through decades, it was an incredible bargain. But then if you’re paying $850,000 up front, you’ve got to make sure that it’s going to work. And so what did Spark do, you know, they set up for reimbursement, three, a short term efficacy study, and then a longer term durability study where there would be payments that would be made by insurers, or whoever the payer was, that would come over time, as long as the patient responded, as they expected to respond. And for a drug like this that showed it higher than 90% efficacy, very, very strong drug, great for science, great for patients, that was made possible by this kind of shift to value-based care. And I think we’re going to be seeing a lot more of that, especially as innovation in this field continues.

Dan Kline: Simon, I know Dana wants to weigh in. But is this similar to what we’re seeing with like, a shift to telemedicine and health insurance companies doing things? Like if you hit your appointments, or, you know, if you prove that you’ve gone to the gym or stopped smoking or whatever it is, they’re they’re incentivizing actual good health. So is incentivizing efficacy, efficacy, kind of the same thing?

Simon Erickson: Similar in the idea, Dan, I think that it really goes after the most expensive conditions out there, right? Like, we know, we need to be healthy, we know we need fitness data, we want to check in and make sure that you know, we’re we’re running and eating healthy and all those things, but things like immunotherapies, you know, in the full field of oncology, some of the stuff that’s really, really expensive out there needs to be justified, that it’s working. And I think that this is, you know, one of those fields, yes, there’s the other side of it, too, that’s kind of more continually checking in on you, but I’m talking about kind of the most expensive treatments that are available.

Dan Kline: Dana, I know you wanted to get some words in I know, you have to go. So why don’t you say your piece on value-based care?

And so, you know, I know that you know, and this was, you know, just beyond necessarily drugs, but you know, like, for, sorry, my phones ringing. For like surgeries, you know, in hospitals, right, so, you know, um, you know, different medical devices. So how would you, you know, check on on those things, sorry, The answering machines turn.

Dan Kline: We’ve had dogs, we’ve had babies, I disappeared, once my computer just went absolutely insane. There is nothing that can’t just we’re going to talk about this a lot more. We’re going to Dana’s gonna be a regular presence here on Seven Investing Now, but she has a pre existing engagement and has to go so I don’t want her to be late.

Dana Abramovitz: What do I do, I want to say I have a little bit more time watching the time, but I just wanted to say that you know, like, so value-based care, you know, extends beyond, you know, just drug development. And so a lot of the other things in healthcare, so here, like what insurers are doing, what hospital systems are doing, you know, people that are in, you know, the medical devices, as well. So, you know, all of that all of that focus is going to you know, play a part in looking at the companies that we’re evaluating.