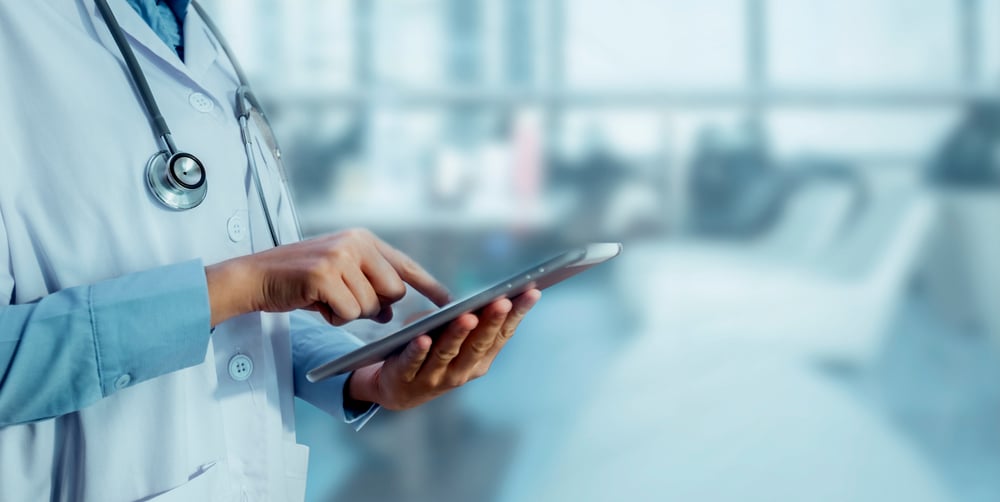 Healthcare has been a major challenge in the United States. Most people agree that the current system is broken but there’s no consensus as to how to fix it.

That does not mean that countless companies have not tried. In fact, some of the biggest have taken on the challenge and have not been able to achieve success. Failures, however, seem to lead to more ideas and more companies trying to solve the puzzle.

The challenge, according to 7investing Lead Advisor Dana Abramovitz, is at least partly that the size of the industry makes change very hard to implement. This is a space where some doctors have become set in their ways — partially because they have systems that work for them — and making change happen requires a lot of time.

There have, however, been some recent examples of disruption in the healthcare space. We’ve seen the rise of telemedicine and the widespread adoption of fitness wearables. Abramovitz joined the Nov. 3 edition of “7investing Now” to share her thoughts.

So the first question here is, do you think we and when I say we all me, I mean, the United States of America not not you and I personally, will see a major disruption to how we pay for healthcare.

Dana Abramovitz  4:15  Uh, probably, and I say that just because the healthcare industry moves so slowly. So you know, we will see it, but I can’t predict when it will be. But you know, people have been talking about, you know, things, you know, the prices of things for some time, and we are making progress. So the good news is, last year, this time, the Center for Medicare and Medicaid Services, put in a final ruling for price transparency. So that’s at least a first big step. So now we at least understand what it is that we’re paying for, and how much we’re paying. It’s requiring first hospitals – so if you go to a hospital, and it actually, it’s already going on this year. Hospitals are required to list in a user friendly formats, prices.

So if you go to hospitals websites, you know, you should be able to find that information. Some hospitals even have on their website, a phone number to contact so that just if things don’t make sense, you can actually talk to a person, I haven’t tried it. So I don’t know how great it is. And we were talking earlier about, you know, customer support phone calls and how painful they can be. So I don’t know. But at least that’s the first step for people to be aware of what they’re paying for. And so, you know, I think that that’s going to move us in the right direction. Again, I don’t know how long it will take till we get to there completely. But we are making that first step.

Dan Kline  5:58  Seven or eight years ago, I went to a walk in clinic because my wife had strep, and I was 99% Ssre, I had strep. This was pre telemedicine, and I got an itemized bill. And I had pretty good health insurance at the time. I had New York Times health insurance through the Boston Globe. And it was like $500. I waited longer than I saw a person. Saw the person and said, don’t even give me a throat culture. My wife has strep. I clearly have strep. I’m allergic to penicillin. And he wrote me a prescription. And that itemized bill had about 18 things on it. And it basically taught me everything that’s wrong about healthcare.

But that’s sort of leads into the second question, because it’s great to think that there’s going to be this massive disruption, where all of a sudden, healthcare is not tied to work. And there’s some other way to do it. But it’s really the the little daggers that are sort of killing the current system, or at least giving us some options. So question number two is, Will efforts by major players like CVS to make health care accessible, have a major impact? So you can walk into 1000s of CVS is now and they have MinuteClinic. So they can do things like hey, I don’t feel well, or could you check my blood pressure, like they’re not gonna, you know, do the big things, but they can do a lot of things that previously, you would have spent significant amounts of money to walk into a walk in clinic or to see your general practitioner for.

Dana Abramovitz  7:12  Yeah no, CVS is doing I think a great job on you know, so they acquired Minute Clinic they acquired Aetna, they have, right, so they have the insurance component, they have the care component, and you know, they’re just your neighborhood pharmacy. So, you know, you can go in if you’re not feeling well, you can see a nurse practitioner gets a prescription, pick up your medication and pick up a can of soup, so that you can go home and feel a little bit better. There’s pretty much a CVS, you know, in close proximity, I would say five to seven miles from most people. So a really good job with that.

Dan Kline  8:01  Well, let me ask the sub question there. Is this really just about a mix of accessibility and options, because previously, you get sick, you go to the hospital, maybe in some markets, you go to a walk in clinic, you could call your doctor and get an appointment. But now I could go to CVS, I could jump online, my health insurance through my wife, I has a telemedicine component. So if if I’m having say, an allergic reaction, I had a small finger infection a few months ago, and I didn’t really need to go sit somewhere in the middle of a pandemic, is it really just about sort of making it so we don’t put every medical need into this same hole of like having to go sit in a doctor’s office, which costs money as opposed to the person just talking to you for five minutes is significantly less expensive? I would have to assume.

Dana Abramovitz  8:45  See that that’s definitely one component. And you know, it’s interesting, you know, the pandemics been so hard for so many of us for so long. But one good thing that came out of it was telemedicine and telemedicine has been in the making for many, many years. And it just took so much time for acceptance, right for it to be fully accepted. And so with a pandemic and people not, you know, feeling comfortable making those in person visits. It’s definitely been great that telemedicine had everything, you know, they had already made that that groundwork in order to make it accessible and now, it was adopted. And the good thing is, is, you know, like we’ve kind of open that floodgate and we’re not going back.

So there’s talking concern about is telemedicine really here to stay? Just because there’s still some unanswered questions about how do you pay for this cost or, you know, this other thing, and people are still figuring it out. But the Department of Health and Human Services, they have a telemedicine site set up so it is something that they are looking to, you know, keep on going so that we can, you know, best utilize that. And just reducing the cost of care is also preventative care and primary care. So moving to the point of being able to have that chat with your doctor without having to go to the emergency room. The cost of an emergency room visit is significantly higher than a telephone visit. But then also doing your preventative care, so, you know, preventative tests or just visiting having an annual checkup with your primary care physician.

Now, I’ve actually heard of people that have done, you know, basically their physical as a telemedicine appointment along with going in and getting lab work and blood pressure and that kind of stuff, which then frees up the doctor’s time. And I know a lot of the times I’ve had to go to the doctor, or someone in my household has had to go to the doctor, we know exactly what’s wrong. Like my son had, once a year gets terrible allergies. And last year’s medicine is always expired by the time it’s this year. Happened to us in Orlando. We jumped on a telemedicine appointment. Orlando is a city that has 24/7 pharmacies as amazing as that is. So like 11 o’clock at night, we were able to fill a prescription. And he went from looking like he’d been in a heavyweight title fight to waking up and feeling basically normal.