El Salvador Makes Bitcoin Legal Currency. What Does That Mean for the Cryptocurrency? | 7investing 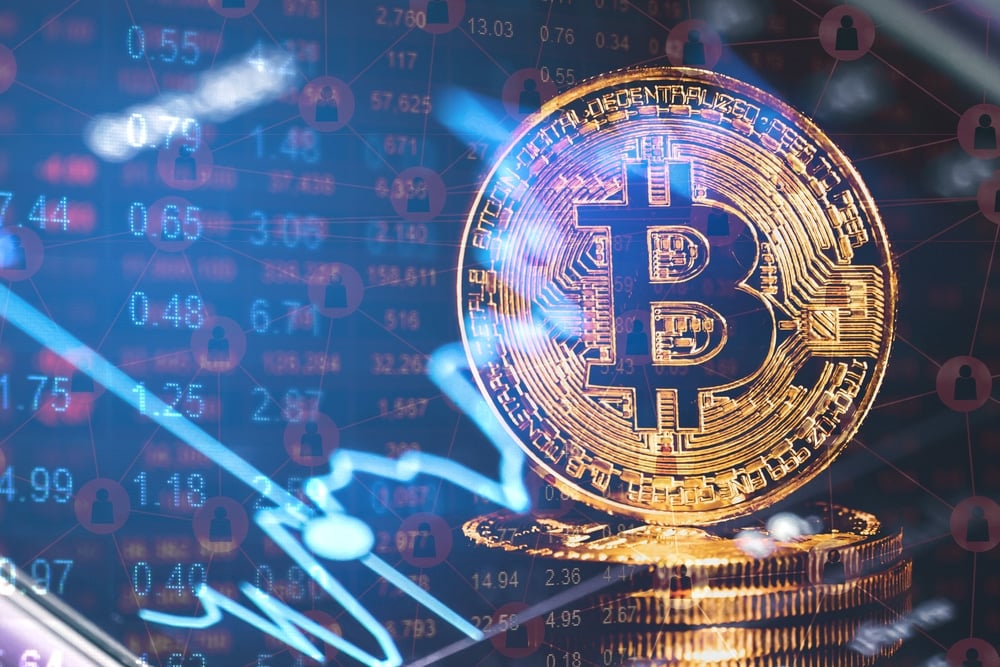 El Salvador Makes Bitcoin Legal Currency. What Does That Mean for the Cryptocurrency?

Bitcoin and other cryptocurrencies have sort of a murky place in the United States. It’s legal to own them but very few companies accept any cryptocurrency as payment. That’s not likely to change in the U.S. in the short term, but it has changed in El Salvador where Bitcoin has become legal tender.

What does that mean? Businesses are required to accept Bitcoin as a form of payment.

El Salvador, of course, has a much smaller GDP than the U.S. at only about $30 billion but that does not mean that this move to make Bitcoin legal tender does not have global consequences. It’s a move that could lead to other countries doing the same thing and helping increase acceptance for Bitcoin specifically and other cryptocurrencies more broadly.

This remains a developing story as Simon Erickson pointed out the “we don’t yet know El Salvador’s ambitions for buying or selling Bitcoin with its treasury.”  He joined Dan Kline on the Sept. 8 “7investing Now” along with Steve Symington to look at the ramifications of this move and its broader impact.

Simon and Steve also dug into whether the unregulated nature of cryptocurrency makes El Salvador a potential haven for illegal transactions. They also looked at how a country can use a legal tender that it has no control over and touched on the shift toward digital payments.

Dan Kline: want to get the last topic in here. And that is Bitcoin has officially become legal tender in El Salvador. Simon, I gotta be honest, I don’t know where to go with this, because I’m not sure what this means. So why don’t you give us the 10,000-foot overview, and then I will try to jump in with some sensible questions.

Simon Erickson  42:58  You know, yeah, it’s such a fun story. It’s something that Steve and I actually get a chance to talk with our partner crypto EQ about every single month, we put our conversations up for subscribers to view those two. But yesterday was the first day that Bitcoin actually became legal tender in a country. And the country was El Salvador, right? El Salvador Central American country, about a $30 billion GDP. And what it means when it’s legal tender, is if you have a shop, if you have a coffee shop or any other business in El Salvador, you now need, you are now required by the government to accept two forms of legal tender. One is US dollars and the other is now Bitcoin, you have to have a way to accept that. And El Salvador through its platform, I believe it’s called Chico is now accepting Bitcoin for any kind of commercial transactions.

Why does that matter Dan? Well, because the country really wants to make a lot less friction for digital payments. They think Bitcoin is the way to do this. And they want to find a way to kind of stop just using cash for transactions out there. Let’s do this more efficiently in terms of commercial transactions, trying to boost its GDP and cryptocurrencies could be a really interesting way to do this.

So I’ve got a couple of questions here. So the first one is, how do you have a legal tender that you have no regulatory control of? That seems to me, like a really big red flag on this one. I mean, this is right now the legal tender aspect. There’s some ambiguity to that question, because right now, this is focusing on the commercial transaction side of it, right? El Salvador has laid out some legal protections for Bitcoin. They’re saying, if you live in El Salvador, and you are investing in Bitcoin, you don’t have to pay any capital gains on it. So Dan, if you me and Steve all move down to El Salvador we buy some Bitcoin and make a million dollars on it this year. We don’t pay any taxes on that as an investment. So that might be bringing some people who are really interested in mining or trading cryptocurrencies in El Salvador.

And then of course, the bigger picture it’s not a fiat currency it’s not a national currency that’s you know, controlled, so to speak, like the Fed controls or influences the US dollar and monetary policy and inflation all those things, is basically saying, hey, Bitcoin is much as part of a much larger blockchain that has its own market-based approach to controlling the price of that, we’re going to tether on to that rather than try to control it from a government policies a little different than a traditional currency that you see that a government issues for its own national borders.

Daniel Kline  45:24 Just a couple of more questions here, Simon, as we wrap this up, but do you worry about the volatility of it? We’ve seen Bitcoin move by 1000s of dollars and put this into context of like, you walk into the store in El Salvador, you’re buying a refrigerator, and that refrigerator, when you buy it cost $1500. But that money is only worth 12 $100, by the time you get it, given the cycle for manufacturing or refrigerator. If it’s not in stock, there’s a lot of supply chain issues that could cause by that much volatility, the dollar is never that volatile.

Simon Erickson  45:54  But think we’re where we are in the world though Dan. The US dollar has not, US has no interest in making Bitcoin illegal currency, or legal tender for transactions from the US for that very reason. The dollar is stable, but we’re talking about South America, Central America. I mean, think about what’s going on in Venezuela right now the devaluation of your currency every single week. Basically, could Bitcoin become kind of like a euro equivalent of a Central or South America where you can do it, you know, exchange cross border with no fees? You know, and no deflation every week or every month from the from the national currency? Yeah, I mean, maybe it does. And El Salvador is really putting itself on the map, literally and figuratively, with that of saying, Hey, we’re gonna be first and Come, come pay with stuff with Bitcoin within our national walls.

Daniel Kline  46:42  Perhaps we’ll be moving our headquarters to El Salvador, this is a we often talk about which of our locations would be the best as sort of a running gag with us. Simon, does this make El Salvador a haven for illegal payments?

Simon Erickson  46:56  I mean, it’s an interesting question. It’s a tough one to answer, Dan. I mean, if you followed the story with Coinbase’s CEO on Twitter, just these past couple of days, there’s kind of a lot of pushback with the SEC, and cryptocurrency exchanges. And then that kind of opens up Pandora’s box of you know, what is the role of regulators? How can you clamp down on illegal activity, which no country wants that to be happening, money laundering and stuff like that, while still encouraging innovation and something that could provide a lot of interest for your country? I think that it’s a tough one to answer because I think that the same could be said about money laundering and cash, right? Is it better to have Bitcoin than cash? Even if you know, you don’t have a complete control over everything right now, we can see bitcoin wallets out there.

We know the Satoshi has a Bitcoin digital wallet, that hasn’t had any transactions since it was formed back in the early days of cryptocurrency. But it’s really, really impossible to track where or who that person or persons is. And so it opens up the questions of is this going to be money laundering? Is there going to be bad things are going to happen from this? Keep in mind that was the first use case of Bitcoin was illegal activity and money laundering. And now countries, if they’re going to adopt things like this, they’ve got to put some kind of controls in it. So that it knows at least a higher level, what’s going on with the currency. That’s trading hands across the country.

Dan Kline  48:17 Probably worth pointing out that where Simon and I both live Simon in Texas, me in Florida, when you say SEC, if it’s not in the context of an investing show, that is not the context people would think they would be going towards the all-powerful Football Conference. I say this on the eve of the NFL season, starting one last question here. Is this something we’re going to see in other countries, and maybe even with other cryptocurrencies?

Simon Erickson  48:44  Yeah, I mean, there’s other countries as well, Steve helped me out reminding me I think Uruguay was one of them that Spain was looking at it, some other countries in Europe, were considering it. I’m not sure as far as legislation, how far a lot of that’s gotten. El Salvador got to put the flag, you know, down and say, Hey, we were first but it kind of opens the door that if another country out there has proven this works, and you kind of see the benefits of it. Yeah, it makes it a little bit easier to sell for other countries to follow suit.

Steve Symington  49:11 I think it’s only a matter of time, too. And yes, that’s that’s definitely it’s gonna happen. But yeah, I think we can fairly say with with a fair amount of certainty that it’ll happen.