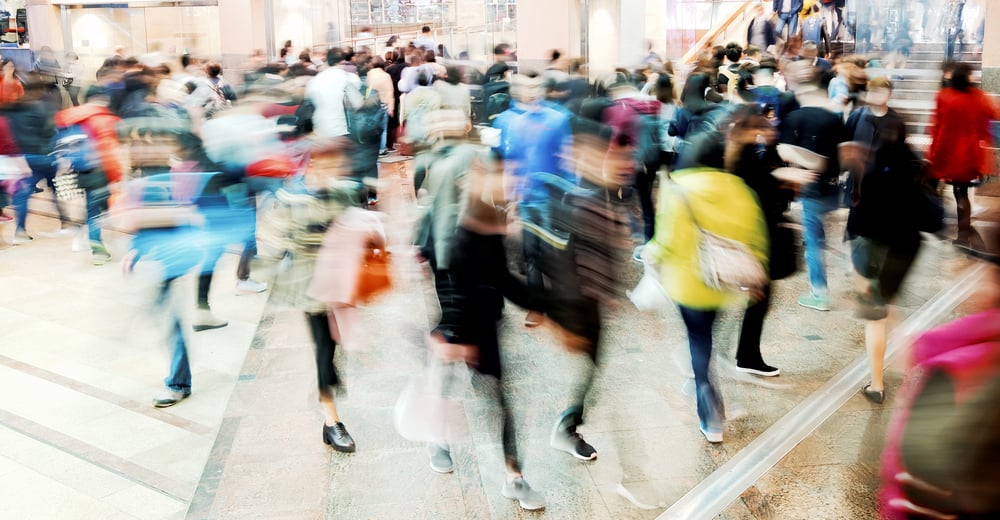 Inflation, or at least the perception of it, has already impacted multiple spaces that I cover. Retailers have higher prices on many items, rental cars have remained very expensive, and real estate and rent prices have soared in many markets.

The problem — and the reason why I’m not overly concerned about inflation right now — is that many of the things driving prices higher are short-term. That’s not to downplay the fact that we have seen prices rise in a wide variety of areas. If your rent goes up and you have no option to move someplace cheaper, then you have less money to spend on other things.

Higher retail prices on some items may be a long-term thing, but a lot of price increases are supply chain-related. This will greatly impact the holiday shopping season, but not in the way you might think. Consumers, in my opinion, may not buy as many items as they did in past years, and they may hold off on certain purchases, but, in the end, they’re still going to spend more money than they did last year.

A number of factors have driven retail prices higher. You hear people blame that on the supply chain, but what does that actually mean. It’s sort of a multifaceted problem:

In retail, the shipping and demand issues cause real problems that lead to shortages and higher prices. Let’s say you run a large retail chain that sells a lot of winter coats during the early part of fall. This year, will demand be down because people did not put much wear and tear on their coats last year? Will there actually be more demand in some markets as people who live in warm-weather climates make the trek north that they could not make last year?

The reality is that the past 18 months or so have made predicting demand nearly impossible. Add in the slowed supply chain and you’re going to have out-of-stock items and higher prices due to availability not meeting demand.

You can call that inflation — the media certainly has — but I’m more inclined to think it’s at least partly, if not largely, short term. Airfare, for example, was very expensive in the early parts of summer as airlines struggled to meet increased demand that was not foreseeable just a few months earlier. Prices plummeted in August when the Delta variant forced more people to stay home.

The same type of thing has happened not just in travel but across a lot of retail categories. Many retailers, if not most, plan out the holiday season nearly a year in advance. The biggest players have some flexibility (much more than their smaller rivals), but making course corrections takes longer when factories aren’t making what you need (because you didn’t order it) and shipping takes longer than it previously did.

How does this impact investing?

Bigger players will have more leverage. Walmart (NYSE: WMT), Amazon (NASDAQ: AMZN), Home Depot (NYSE: HD), and other giants can leverage their size to move to the front of the line. Niche players like Best Buy (NYSE: BBY) and Dick’s Sporting Goods (NYSE: DKS) have specific relationships that they can draw on and sneaky big players including Dollar General (NYSE: DG) have a lot of flexibility when it comes to stocking their shelves. I’m also not overly concerned about treasure hunt retailers including The TJX Companies (NYSE: TJX), Ollie’s Bargain Outlet (NASDAQ: OLLI), and Five Below (NASDAQ: FIVE).

Everyone else will suffer because they won’t have the clout to move to the front of the line. There might be a retailer that finds clever solutions to cover its problems, but that will be the exception and not the rule.

As an investor, I’d lean into the idea that winners are going to win. Lesser players are going to have shortages, bare shelves, and high prices. That does not mean that those at the top of the food chain will be immune to problems, but they will be much better able to handle these unprecedented challenges.

If I had to pick one winner, it would be Amazon. The retail giant has shown an amazing ability to pivot and it adapted very quickly during the pandemic. It’s also really nice to be one of the biggest players. That allows you to claim whatever supply exists and muscle out smaller players.

Going forward, normal patterns should return. That will allow companies to go back to long-term planning and it will relieve stress on the supply chain. We won’t see all prices revert to where they were before the pandemic, but we will see more price competition and increased choice for consumers. So, yes, we have higher prices and probably selective inflation, but a lot of the pressure across retail, travel, and even housing should lessen as traditional patterns return.