What We’re Getting Wrong About Retail | 7investing 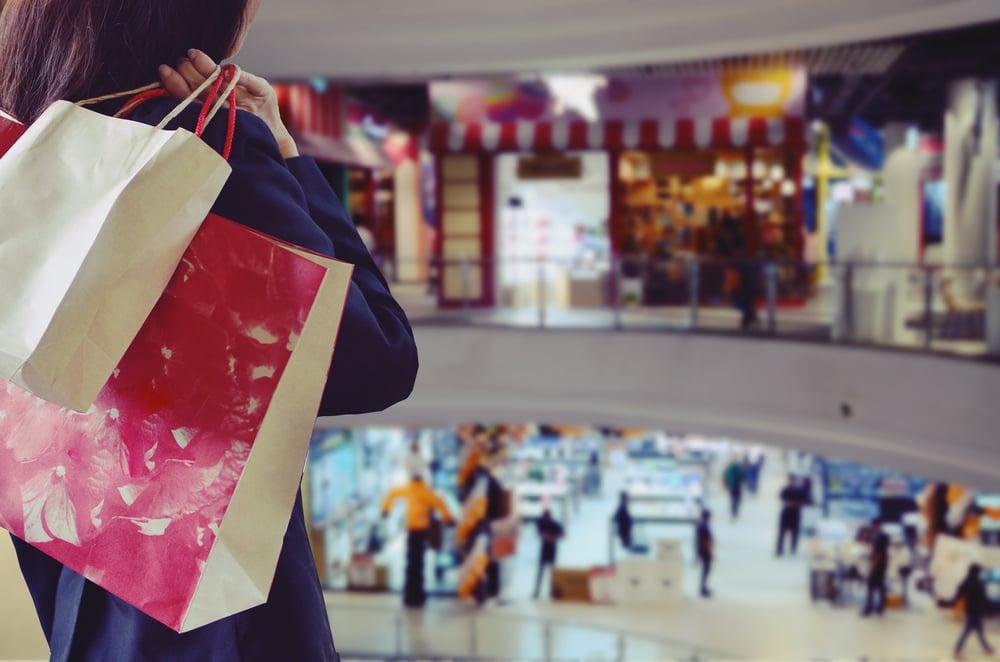 What We’re Getting Wrong About Retail

The internet didn’t do it.

The media likes to report that Amazon (NASDAQ: AMZN) and other online retailers have caused a “retail apocalypse,” a massive shift in consumer behavior that has led to the death of countless brick-and-mortar chains while pushing others to the brink.

It’s an easy narrative that seems to make sense. Consumers do buy things online and that most certainly hurt a number of retailers which chose to not pivot to an omnichannel model. The reality, however, isn’t as simple as the “Digital Retailers Caused a Retail Apocalypse” narrative.

Instead, while the growth of the internet amplified the problems at many struggling retail chains, it did not cause them. Most retail struggles and bankruptcies were self-inflicted wounds — problems caused by heavy debt due to to leveraged buyouts, incompetent management, and an unwillingness to make needed operational changes.

Internet retail isn’t as big as you think it is

Americans — the media included — tend to inflate just how much people are buying online. Many assume that the number has to be somewhere around 50% of all retail sales or even more. In reality, e-commerce accounted for 11.3% of all retail sales in the fourth quarter of 2019, according to U.S. government data. Even with the pandemic — which has forced more sales online — the same report shows that digital retail sales were only 16.1% in Q2, 2020.

Those numbers are still impressive and it’s fair to say that omnichannel selling makes them a bit squishy since consumers may make purchases (likely a lot of them) where both digital and brick-and-mortar played a role. It’s hard to know what exactly counts as an online sale and what counts as brick-and-mortar.

If you go to a store and someone waits on you, helps you decide what to buy, and then you make the purchase on your phone for home delivery is that truly a digital sale? What if you do the same thing but order it online for in-store pickup?

The reality is that most retail has become omnichannel. Consumers want total flexibility to shop however they want to shop. Winning retailers — major players including Walmart (NYSE: WMT), Target (NYSE: TGT), and Best Buy (NYSE: BBY) — have understood this for years. That’s why they have invested billions of dollars in their supply chains.

These companies, and a handful of other retail winners, played the long game. They understood that consumers prize convenience over everything else. In addition, and this is important, these companies had the cash (or the borrowing capacity to do what was needed while companies like Toys ‘R’ Us may have had leadership that understood the problem but they lacked the funds to make the needed changes.

Toys ‘R’ Us ended up being unable to adapt to a changing marketplace because it had very little cash due to its being purchased in a leveraged buyout (LBO). That’s a risky strategy where purchasers use a company’s own revenue to fund the deal. That leaves the company saddled with debt and interest expense with very little financial wiggle room if profits don’t keep going up.

Profits, as you might imagine, did not keep going up for Toys ‘R’ Us. That means its available cash had to go to servicing its debt and eventually, when profits fell to levels where it could not meet those obligations, the company went bankrupt.

“Private-equity backed LBOs are the most vulnerable to any kind of economic downturn, whether it’s a pandemic or traditional recession,” Chris Padgett, head of the leveraged finance practice at Moody’s Investors Service told CNN. “Their intent is to use a lot of debt. That is part of their business model.”

Toys R Us was not unique in this. J.Crew, Neiman Marcus, Hertz, and Chuck E. Cheese went bankrupt for similar reasons and LBOs contributed to many of 2020s retail bankruptcies which were generally blamed on some combination of Amazon, the pandemic, and falling mall traffic.

In reality, Amazon’s success simply accelerated the failure of poorly-run, heavily-leveraged companies. The pandemic certainly has not helped — as even some well-run companies felt the pain of forced closures and changed demand — but companies with strong leadership adapted. Mall traffic may actually be the worst excuse here because pre-pandemic it was down slightly from all-time highs, but there has not been a significant drop in people going to the mall (that does not mean that those people aren’t spending less while there).

The “retail apocalypse” has been largely self-inflicted. Walmart, Target, Best Buy, and a few others had the leadership to see how the retail landscape was changing and they worked to adapt their business, their supply chains, and even how their executives think. It’s not an easy transition but it’s one that can happen even with a brand that many thought was about to follow one-time rival Circuit Sky to the great mall in the sky.

Best Buy shows us the way

In 2012, Best Buy was on the brink. The company was losing sales and falling victim to a practice dubbed “showrooming.” That’s when a consumer would go to a retailer and use its resources (salespeople, products on display) to decide what to buy before going home to make that purchase online (usually from Amazon).

There were reasons for that. At the time, Best Buy’s prices were not inline with Amazon’s nor did it offer free delivery. The company also had commission-based salespeople whose interests did not always align with what customers needed. It was a mess that was top-down as Best Buy had some upheaval in its executive ranks and instability at CEO. To combat that, the company made an unlikely hire in Hubert Joly, an accomplished executive whose background was in the hospitality industry.

Joly’s hiring seemed odd, but he fairly quickly enacted a plan that would not only turn the company around, but would show the entire retail world what needed to be done to compete. Joly focused on execution. He made painful cuts — including those commissioned salespeople — and he lowered prices, added free delivery, and began focusing on supply chain. He also doubled down on service — something that pure digital players like Amazon could not easily compete with.

The new CEO focused on building an omnichannel model and making his chain a pleasant place to shop. That means lowering prices in many cases — especially on cable and other accessories where Amazon was much cheaper, but required consumers to wait two days for delivery.

He coupled these changes with strict financial management. Best Buy spent heavily, but carefully. It invested so its stores could ship online orders and its operations could become fully omnichannel. It wasn’t an easy transition but it was one that took the company off the endangered list, slowly restored it to health, and then made it a retail success story.

It was a model that could have been followed by retailers like J.C. Penney and Sears — both of which have been through bankruptcies and may not survive long-term — but neither company chose to make those investments when they had the cash to do so. Now, like so many struggling retailers the window has closed for those two retailers but the cause was clearly management incompetence not vague outside forces.

The future of retail

Most retailers need to embrace a fully omnichannel model. There are exceptions like Costco and the TJX Brands (Marshalls, T.J. Maxx, and HomeGoods) where an in-store model still works but to succeed at retail it generally requires offering the same convenience as Amazon, Walmart, Best Buy, Target and other major players.

That’s a daunting task but it’s not an impossible one for middling, but still reasonably fiscally sound players like Macy’s and Kohl’s. Best Buy provided a blueprint but following that blueprint requires heavy investment and a long-range plan that few companies have shown the ability to stick with.

It’s not about tweaking your inventory or trimming your store count (though doing those things can help). Winning retailers are changing how they operate to reflect how consumers want them to operate. That sounds easy but reality has shown us that it’s incredibly difficult because it means having bad quarters — maybe even bad years — as profits get put invested into infrastructure and supply chain.

Brick-and-mortar isn’t dead, it remains a crucial piece of the puzzle, but stores can no longer just be stores. They need to be distribution centers, pickup locations, and places where consumers can easily make returns. Retail has become about giving the customer — a sometimes very demanding customer — exactly what they want, when they want it, and how they want it. The retailers that embrace that will succeed while the others will continue their drift into irrelevance or bankruptcy.