Why Fastly's on the Fast Track to Being Acquired | 7investing

Why Fastly’s on the Fast Track to Being Acquired

Some businesses exist to serve a small and profitable niche of the market. If you’re a local restaurant, you want to delight nearby residents with your cooking. If you’re a dentist, you’re looking out for the health and well-being of your community.

But if you’re a tech company, you’re not interested in serving these smaller markets. Instead, you’re trying to accomplish one thing: To take over the world. 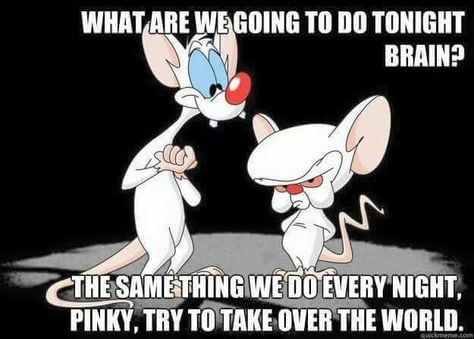 Tech founders and executives are well-aware that technology changes quickly. PhD students are continually churning out new innovations, and tech-savvy customers are demanding of continual improvements to their products.

The companies who don’t adapt to those changes and developing trends become obsolete and irrelevant. Oftentimes, even though these companies want to stay on the right side of innovation, they simply don’t have the time or the expertise to build new-and-improved solutions from the ground up. And this leads them to look externally for acquisitions.

Living on the Edge

One of the most important trends developing in the tech world right now is cloud computing. Everyone wants to let Amazon Web Services, Microsoft Azure, or the other cloud providers host and manage their computing infrastructure for them. This allows them to shed the burden of IT — which has traditionally been viewed as a headache and a cost center — and to focus more on building software applications that meet the needs of their customers.

But even within cloud computing, there are challenges that are arising. Several of those applications are being accessed from remote locations. Users might be visiting your e-commerce site from all across the world, yet they demand the pages to load immediately. Industrial factories might be collecting data from thousands of sensors on their machinery, yet they can’t have latency issues interfering with important safety or performance information.

We’re in a digital age now. The expression “time is money” is now being evaluated in seconds.

This is where edge computing comes into play. Rather than transferring that data to centralized cloud data centers and then transferring back an appropriate response, edge computing moves a lot of the processing closer to the user. Point of presence network servers allow content delivery networks (CDN) to improve the performance of websites and software applications. This often results in greater sales or better efficiency for the customers who use them.

Fastly (NYSE: FSLY) emerged as one of the early kings of the Edge Computing movement. Its obsession with getting into the technical nitty-gritty and building a CDN architecture that would optimize overall performance won praise from large and demanding customers. Spotify (NYSE: SPOT) uses Fastly for its listeners to seamlessly stream songs on their Smartphones. The New York Times (NYSE: NYT) uses them to quickly load news stories. Even Amazon uses Fastly to improve the load times of its e-commerce site.

Those larger customers have rewarded Fastly’s obsession with performance will high-dollar contracts, which have provided intriguing financial results. Fastly’s average customer is spending $800,000 per year with them, and existing customers are increasing their spend at around 39%. This is a very lucrative customer group to do business with.

However, serving those demanding customers hasn’t come cheap. Fastly just celebrated its tenth birthday, yet it’s still running at an operating loss. The large cloud providers are aggressively building out their own edge computing initiatives, meaning the competition is intensifying and pricing is under more pressure. Fastly’s founder and chief architect Artur Bergman stepped down as CEO last year, and its recently-hired new CFO has a long track record of selling his previous companies.

An Acquisition on the Horizon

All of this leads me to believe that Fastly is a prime acquisition candidate. It has great technology. It’s in the middle of the one of the hottest developing trends. It serves an extremely lucrative customer base. And it’s bringing in new executives who have a tenured history of doing M&A deals.

I personally opined earlier this year that Amazon would be the most likely suitor to acquire Fastly. The e-commerce king already hires them for its own site. And Amazon’s new CEO Andy Jassy was the original mastermind behind AWS. They’re very familiar with the cloud, and they seem dedicated and interested in expanding their edge presence.

But I also can’t help but wonder if Amazon already has sufficient manpower to build everything itself. Rather than acquiring Fastly, it could just continue to build out its own AWS Lambda for compute and Cloudfront CDN for content delivery. This would further expand Amazon’s dominance in the cloud to the edge as well.

That leads me to consider that a less-dominant cloud provider — perhaps Oracle (NYSE: ORCL) — could be a more likely acquirer of Fastly. Oracle is very interested in beefing up its cloud and edge presence, but it’s not as well established as Amazon. It has deep enough pockets that it could afford to pay a premium for Fastly’s customer relationships. And it would love nothing more than to close the gap on its larger competitors.

The sky’s the limit for edge computing. This is an emerging trend that’s developing within another already-important trend. Regardless of the suitor, my crystal ball tells me that Fastly’s lagging stock price is attracting significant attention right now and that we’ll see it be acquired within the next year.

Interested in learning more? Click here to see which active recommendation on the 7investing scorecard would be most affected by an acquisition of Fastly.